You are here: HomenextPeoplenextFamily HistorynextHugh Price Hughes and the Richardson Family

Family connections to a great Wesleyan 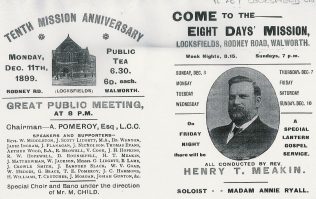 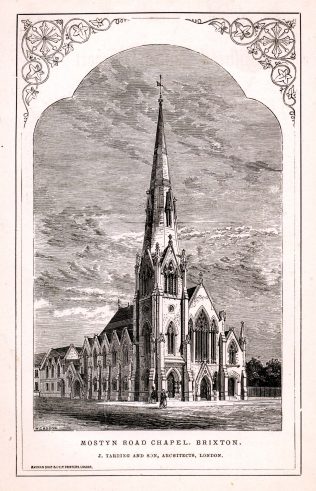 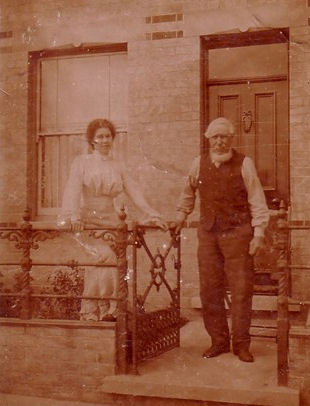 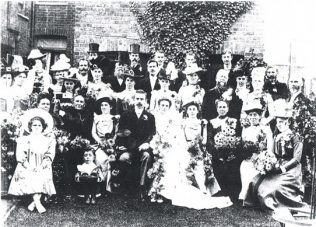 In 1869 the later-to-become-famous Victorian Wesleyan statesman and preacher the Revd Hugh Price Hughes was sent by Conference to his first Circuit in Dover.  According to Dorothea Price Hughes, ‘he occupied lodgings next door to the Buckland Street Chapel’ (1 Buckland Terrace).  This was the home of my great grandfather John Richardson, the Local Preacher recently ‘freed’ from his time in the debtor’s gaol in Norwich, and his young family.  Dorothea in her biography of her father goes on to say something of the social conditions of this area of Dover and how they had affected Hugh Price Hughes’s spiritual development at the time.  I am proud and somewhat fascinated to read, also, that ‘His homely landlady and her husband [my great grandmother Betsy and my great grandfather John Richardson] became objects of close cross-examination’!

Without doubt, the view of Dover’s social conditions from my family’s ‘fair-sized window’ in Buckland Terrace provided Hugh Price Hughes with much food for thought and action, and through his acquaintance with fellow Welshman Alderman Rowland Rees, much radical theological thought and action sprung to life.  Many of Hugh Price Hughes’s strong convictions about the social gospel and the Forward Movement had their origins while he was one of my great-grandparents’ lodgers.

Both my grandfather Percy Richardson (born 1872), and my great-aunt Maud Clarke [nee Richardson] (born 1873) were baptised by Hugh Price Hughes at the Buckland Street Wesleyan Chapel.  I am speculating that my grandfather’s older siblings, including Arthur (1858-1897) and Mehetabel Richardson (1864-1959) (mentioned in ‘Some North Norfolk Wesleyanism’) were bound to have been influenced, if only in very small ways, by this energetic Methodist evangelist. The story of Arthur Richardson (John & Betsy’s eldest child) and his involvement with the Methodist Church in the United States of America in the 1890s will be told in another later submission to MyWesleyanMethodists.

My grandfather’s youngest sister Lucy, born in 1876 – by which time the family had moved from Dover to South London – is said, as a young child, to have ‘had her hair curled by Hugh Price Hughes while seated on his lap’ (recalled by one of Maud Clarke’s daughters).  This recollection is likely to have taken place during Hugh Price Hughes’s years at Barry Road Chapel in the Dulwich Circuit, 1878-1881.  It is possible that the Richardson family (with Lucy Richardson now being aged 2 – 5 years) would have been visited pastorally in their South London home, and the minister might well have been glad to renew his connections with his earlier ‘homely’ landlandy and landlord.

This family photograph was taken in 1900 in Harlesden, north London, at the marriage of Maud Richardson to George Clarke. My grandfather Percy Richardson is standing immediately behind the groom George Clarke. The ‘homely’ landlady, my great-grandmother Betsy Richardson, is next-but-one on George’s right hand side (looking not particularly ‘homely’ by now, 28 years on!)

By the time of the 1881 Census, Samuel Richardson and wife Mary and their 10 children were living around the corner from Barry Road in Dulwich, and it is highly likely that the family would have been acquainted with Hugh Price Hughes whose ministry at Barry Road was moving to a climax at this time.  Also it is not without significance that Samuel’s wife Mary Richardson is listed in 1894 as one of the Class Leaders at Brixton Hill Wesleyan Chapel where Hugh Price Hughes had served as minister from 1884-1887.

Another Class leader in Brixton Circuit was another of my great-grandparents, George Brace my mother’s grandfather.  George was born in Undy, near Newport, South Wales in 1850 and moved to London in c.1870.  He married Martha Jones, a fellow Methodist, at the Southwark Wesleyan Chapel in 1872 and they both had very strong connections both with Locksfields Wesleyan Chapel (Newington, Camberwell), where my grandmother Gertrude Pratt (nee Brace) was baptised, and with Mostyn Road Wesleyan Chapel, over the years.  Mostyn Road was located in the same Circuit as Brixton Hill, and it is possible that my great grandparents, and my grandmother – on my mother’s side of the family – would also have been influenced by Hugh Price Hughes’s ministry in some way.

The Bitter Cry of Outcast London

Gertrude’s younger sister, Flossie Mabel Brace, was also baptised at Locksfields by the Revd Forster Crozier, one of the ministers who was much involved in promoting the findings of the Revd Andrew Mearns’s Bitter Cry of Outcast London, the influencial and shocking report which based many of its findings upon the social conditions around Newington, Southwark and Camberwell.  And, of course, Mearns’s pamphlet of 1883, had much to do with Hugh Price Hughes’s commitment to the Forward Movement and the growth of the Central Halls.

It is of great interest to me that Hugh Price Hughes had baptised my own grandfather Percy Richardson in 1872, and that his only son, my father Leslie Richardson (1902-1986), should marry Gladys Gertrude Pratt (1909-1972), whose mother and grandparents, Gertrude, George and Martha Brace, had also lived under the shadow of one of Wesleyanism’s most ardent advocates and pioneers during the latter years on the nineteenth century.