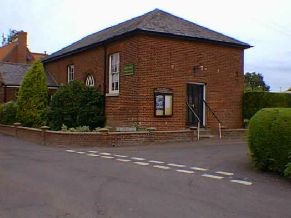 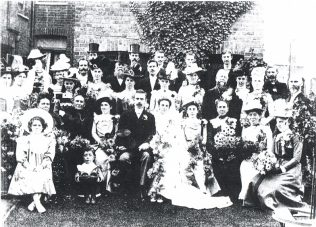 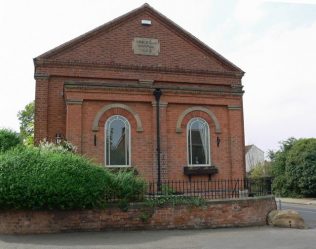 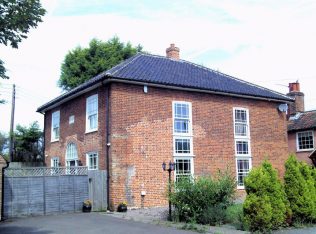 John and his brother Isaac were preaching in the Circuit during the famous Fly Sheet controversy which ‘hit’ the North Walsham area very hard. It is possible that Isaac Snr may well have been one of the many who left Wesleyanism because of the controversy. Isaac Jnr eventually became fascinated by the writings of Emanuel Swedenborg, and Isaac (Swanton Abbot’s Post Master and Grocer) opened up his home as a Swedenborgian Church in 1873. Isaac had to relinquish his Local Preacher status and his membership when he embraced Swedenborgianism.  At one time there was a Wesleyan Chapel, a Swedenborgian Church and a Wesleyan Reform Chapel in the small village.

The elder Isaac Richardson (1793-1875) and his wife Esther (Thirtle) had two daughters, Mary Ann and Sarah Ann, and records indicate that they were baptised at two separate locations on the same day Mary in 1829 and Sarah in 1833 – Swanton Abbott Wesleyan Chapel and North Walsham Wesleyan Chapel.  It would be interesting to know why this might have been.

We do know that the minister who baptised Sarah Ann in 1833, Revd James Cooke, later became heavily involved in the Fly Sheet controversy and eventually left the ministry because of his dissatisfaction with Conference’s handling of the matter.

It is possible that the elder Isaac was connected to the very early days of the Wesleyan community in North Walsham.  There was an Isaac Richardson who was the Landlord of the Black Swan Public House in North Walsham when initial Methodist meetings were held there.

The younger Isaac, my great grandfather’s brother, seems to have been something of a character!  He held significant roles in the local community of Swanton Abbot.  In addition to being the local Post Master and Grocer, he served as the enumerator for the national census of 1861 and 1871.

In 1862 – along with a number of other fellow Wesleyans (John Rayner of Lammas, John Kemp of Scottow, Thomas Gray of Scottow) – Isaac Richardson signed a Memorandum of Agreement for the Lease of the Lammas Quaker Meeting House for a year for the purpose of (presumably) Wesleyan worship.

In 1873, we have discovered that Isaac was involved in the establishing of an agricultural workers’ union in Swanton Abbot, along with two other fellow Circuit Local Preachers Thomas Seago and William Buck.  [Are these names familiar to anyone?]

In 1876 there was a special gathering at the Wesleyan Chapel in Swanton Abbott when the teachings of Emanuel Swedenborg were denounced by the Wesleyan minister, who was either Revd Thomas Gane, Revd Samuel Simpson, Revd Henry Keet or Revd Edward Doddrell.  Soon afterwards, Isaac Richardson invited the famous Swedenborgian preacher, Dr Jonathan Bayley, to visit his home/church and refute the objections.  A number of days were set aside for this gathering, and Isaac had a marquee erected at his property to accommodate all the visitors.  The minister ‘softened’ a little after hearing Dr Bayley, but said he had written a study of Swedenborgianism.  Does any one know which minister this could have been?

I was told by an elderly relative that John used to travel to his preaching appointments on foot, that he accompanied the hymn-singing on his violin, and when entertained after worship, he refused to eat food offered to him if it had been cooked on the Sabbath (he would prefer bread and cheese)!  [see the family wedding photograph taken in 1900 which includes John, with a very full bushy beard and top hat!]

John was one of eight children, and at various stages was an Agricultural Labourer, and a Journeyman Carpenter.  In 1857 he married Elizabeth Moore at Aylsham Wesleyan Church. The family story says that Elizabeth was disowned by her Anglican family for ‘going out’ with, and then marrying a Methodist!  This seems strange and highly unlikely.  Surely, in the light of the Fly-Sheet controversy which was raging while they were courting in the 1850s, the family disagreement probably arose because the Richardsons remained Wesleyan and the Moores could have been Wesleyan Reformers!

After their marriage, John & ‘Betsy’ Richardson moved to Hickling and worshipped at the Wesleyan Chapel there (within the North Walsham Circuit).  In 1863 the family moved to Thetford and John’s Local Preaching status was transferred from the North Walsham Circuit to the Thetford Circuit.  In 1864 John was declared bankrupt, and he had to spend 6 months in Gaol at Norwich Castle. As a result of this, he was removed from the list of Local Preachers.  It was considered a very serious breach of Wesleyan discipline to be declared bankrupt.

While in prison, John and Betsy’s fourth child was born and she was given the name Mehetabel (a name she shared with one of John Wesley’s sisters).

On release from prison in 1865 John and his family moved to Dover in Kent, presumably to get a long way from his debtors!

It is in another Article that this family story continues, when this Norfolk family becomes closely linked with the famous preacher the Revd Hugh Price Hughes.