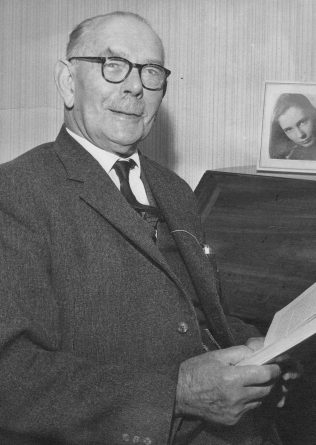 My great-grandfather was Daniel Goose and he appears as an exhorter on the Spalding Plan for 1864 (see the page ).

Daniel’s youngest son, Robert Sheppard Goose, my grandfather, was admitted as a lay preacher in 1902, when he was only 24 years old. He left school at eleven having passed the “Labour Exam” which was the minimal requirement in 1889 and was almost entirely self-educated. He left the family the farm and worked for the Prudential in Nottingham, Lincoln and latterly in Derby, where he retired. In 1962 he was thrilled to receive an illuminated Long Service Certificate for 60 years of local preaching. He died aged 96 in 1974. I remember hearing him preach a couple of times in the Greenhill Methodist Church in Derby but was too young to understand much of what he said.