You are here: HomenextChapelsnextGreater LondonnextCity Road, Our (Primitive Methodist) Conference 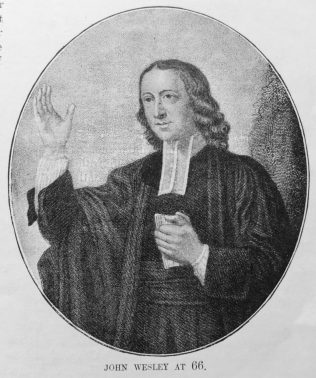 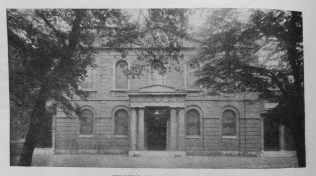 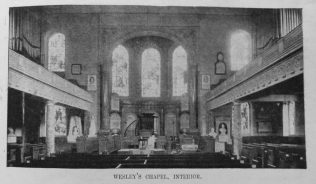 Transcription of Article published in the Primitive Methodist Magazine by Rev. Albert A. Birchenough

BY the courtesy of the Rev. Dinsdale T. Young and his co-trustees the annual Conference of our Church will be held at Wesley’s Chapel, City Road, London. Although Hugh Bourne was a great admirer of the character of John Wesley, and a devout student of his writings, he never dreamt that during the year following the Centenary of his Mow Cop Camp Meeting of 1807 a Primitive Methodist Conference would be held in the historic cathedral of Methodism. City Road has become the Mecca of Methodists from all parts of the world. It is the meeting-place of John Wesley’s spiritual sons from all climes. Twenty-one Wesleyan Conferences have been held thereat, and it has been the auditorium of Methodist Ecumenical Councils. As was most fitting the uniting Conference of the three Minor Methodist Churches was held within its walls.

John Wesley built his first Methodist Meeting-house in Bristol, and not until the year 1777 did he erect a chapel in London. From the year 1739, the Foundery, which previously had been used by the Government for the casting of cannon, was the headquarters of Wesleyan Methodism. It was a ruin caused by an unfortunate explosion when Wesley secured it on lease, and converted it into a place of worship. He also had leased a disused Huguenot Church in the fashionable West End, and two other French Churches had been secured by Wesley in Spitalfields. As the lease of the Foundery property was rapidly running out, Wesley with his usual foresight determined upon a more suitable and permanent centre for his evangelistic work.

In the opening months of 1776 John Wesley petitioned the Corporation of London for a building site, some two hundred yards distant from the Foundery. In the following August he issued an appeal which resulted in the raising of £2,000 towards the scheme which would cost 6,000. He also appealed to all his societies throughout the provinces for subscriptions to the building fund. In April, 1777, Wesley records a journey that he made “through some of our societies to desire their assistance towards the expenses of the new chapel.” An incident is recorded how he along with Thomas Taylor, one of his earliest. preachers, stood hat in hand, on either side of the roadway in the Yorkshire town of Keighley; and secured over seven pounds for the building fund.

John Wesley laid the memorial stone of City Road Chapel. He says: “The rain befriended us much, by keeping away thousands who had proposed to be there, but there were still such multitudes that it was with great difficulty I got through them to lay the first stone. Upon this was a plate of brass covered with another stone, on which was engraved, ‘This was laid by Mr. John Wesley on April 21st, 1777.’ Probably this will be seen no more by any human eye; but will remain there till the earth and the works thereof are burned up.” Wesley preached to the great crowd of sightseers from “According to this time it shall be said, What hath God wrought.” In his sermon he gave a description of the nature and the wonderful rise and progress of Methodism. The new chapel was opened for Divine worship on Sunday, November 1st, 1778. Wesley writes: “It is perfectly neat, but not fine, and contains far more people than the Foundery. I believe together with the morning chapel as many as the Tabernacle. Many were afraid that the multitudes crowding from all parts would have occasioned much disturbance, but they were happily disappointed; there was none at all. All was quietness, decency, and order. I preached on part of Solomon’s prayer at the dedication of the Temple; and both in the morning and in the afternoon (when I preached on the hundred and forty and four thousand standing with the Lamb on Mount Zion) God was eminently present in the midst of the congregation.”

As the lease of the City Road Chapel would expire in the year 1864, the trustees were convened after the Conference of 1860, to consider the desirability of purchasing the freehold. £13,000 was required to meet the claims of the Charity Commissioners and the City of London Corporation. In October, 1860, a public meeting was held at City Road, when the Rev. Thomas Jackson claimed that the Foundery along with Wesley’s Chapel had been “converting furnaces.” Four years later the freehold was secured, £10,000 was raised, and £3,000 was left as a consolidated debt. In 1879 the chapel was seriously damaged by fire; but fortunately the pulpit from which Wesley and many notables had preached the Word of Life was saved.

At the Centenary of Wesley’s death the sacred edifice was modernised; and during 1890-96, over £20,000 were raised towards the cost of renovation. The chapel was erected on marsh land, and huge timbers had to be laid for foundations. When the great drainage system of the Metropolis was adopted, the underground water was drawn off, and consequently the wood rotted, and for several years the chapel had been standing on nothing but dry black mould. At the same time the chapel sank at least four inches out of the perpendicular. In 1891 concrete foundations were carried downwards to the solid substratum, which will last at least for another century.

Fronting the chapel is the Centenary statue of John Wesley unveiled on March 2nd, 1891 – the hundredth anniversary of his death. It cost £1,000, and was the gift of the young people of Wesleyan Methodism. It represents Wesley with his small “Field ” or Preaching Bible in hand. Underneath is the well-known motto: “The world is my parish.” ‘The main entrance to the chapel is through a vestibule ten feet wide, which runs along the entire building and is separated therefrom by an imposing screenwork of glass. The floor is tiled in mosaic, and a miniature representation of the Wesley statue adorns the entrance. Against the outer wall are placed the wooden pillars, which in Wesley’s days supported the gallery. They are declared to have been originally masts of English battleships, and were coloured to imitate Carrara marble. The interior has a seatage on the ground floor for 656 persons, and the spacious gallery will accommodate 720. On special occasions 1,600 worshippers may be crowded within the building. The gallery is supported by seven marble pillars, the gift of the larger Methodist Conferences of the American Methodist Episcopal Church and the Methodist Episcopal Church South, along with the Canadian, Australian, South African, West Indian, and Irish Churches. The stained glass chancel windows, and the one on the left were given by the Primitive Methodist, the United Free Methodist, the Wesleyan Reform and the Methodist New Connexion Churches. The window on the right is a memorial of Bishop Simpson, and was the gift of the Methodists of the United States. Other windows are dedicated to the memory of the Revs. Francis Asbury, John Waterhouse, Egerton Ryerson, George T. Perks, William Arthur and Hugh Price Hughes. Around the walls are mural tablets in memory of the most notable sons and daughters of Wesleyan Methodism. Valuable mementoes include Wesley’s chair and Lectern, Fletcher’s study chair, a Foundery form, font from Madeley Church, and other reminders of early Methodism.

Behind the chapel is the grave of John Wesley. When Dean Stanley asked: “Is this ground consecrated?” the caretaker replied “Yes.” “By what Bishop?” “By depositing in it the bones of that man of God, John Wesley.” “A very good answer,” replied the Dean. In the graveyard and beneath the chapel are deposited the mortal remains of some of the most worthy of

Wesley’s spiritual children. Between the years 1779 and 1858, some 5,482 burials were registered as having taken place in Wesley’s Chapel yard. Adjoining the chapel is Wesley’s House, which is now used as a museum of Methodist curiosities.