You are here: HomenextPeoplenextLay PeoplenextThomas Fawcett "The First Methodist in Sleaford" 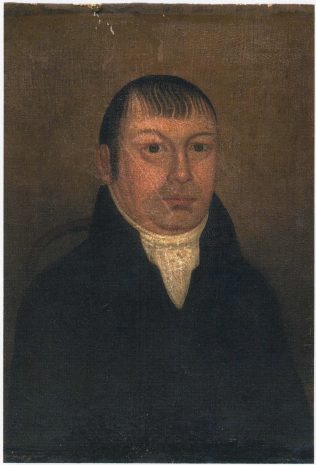 My ancestor’s younger brother, Thomas Fawcett, born in Sleaford in 1771, was converted to Methodism by his employer while working in Manchester. He returned to Sleaford in 1798, full of zeal, and became an itinerant lay preacher. He opened a study group in a house overlooking the market square. His portrait was displayed in the Methodist Chapel until it was demolished in the 1970’s.

He married Elizabeth Blanshard, the widow of another Methodist minister Thomas Blanshard who had served as a circuit minister from 1795 to 1808, when he was appointed Book Steward in Sleaford, and then returned to active ministry despite declining health. Thomas Blanshard died in 1824. Thomas Fawcett died in 1831, and his widow erected a marble tablet to his memory in the Chapel.