You are here: HomenextPeoplenextLay PeoplenextHannah Ball, friend of John Wesley and founder of the first Sunday School

Hannah Ball, friend of John Wesley and founder of the first Sunday School 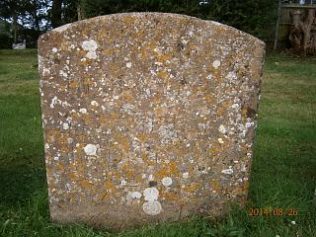 Daughter of a farmer, Hannah was born on 13 March 1733 (or 1734 by the new calendar) and spent most of her life in High Wycombe. She never married but lived with various relations and looked after her brother’s children.

Hannah had read Thomas Walsh’s sermons and heard John Wesley preach in January 1765, following which she began a correspondence with him and they became friends. They exchanged dozens of letters over the years.

Hannah became a leading member of the Methodist society in High Wycombe and was tireless in visiting the poor and the sick. In 1769 she started a “class” for children who worked in the local coaching inns. They met prior to the Sunday service for religious instruction and on Mondays to learn reading and writing. Since this is believed to be the first such institution, Hannah is now considered to be the founder of the Sunday School movement. In 1770 she wrote;

They are a wild little company but seem willing to be instructed. I labour among them earnestly desiring to promote the interest of the Church of Christ!

Hannah was also concerned about adults’ spiritual welfare and was responsible for the several conversions, including one Charles Dean a “very wicked” man on his deathbed, as well as his wife and sister.

She was much encouraged in her work by John Wesley. He also asked her to monitor the work of preachers in her area and he told her about new circuit preachers and how to support them. For example in April 1774 he wrote regarding Joseph Bradford;

“Warn him gently not to speak too fast or too loud, and tell him if he does not preach strongly and explicitly concerning perfection”

On Wesley’s advice, Hannah broke off an engagement to be married to a man he considered to be ’ungodly’. Wesley, however, encouraged Hannah and a group of other Methodist women to correspond, give mutual help and visit each other’s societies.

In 1775 John Wesley wrote to Martha Chapman in Watlington;

“Cannot Hannah Ball step over for two or three days and kindle a flame among you?”

Phyllis Mack describes her as a “spiritual dynamo, constantly prodding, analysing and bolstering the feelings of her ’dear sisters’”. These women became a force to be reckoned with and David Boulton concludes that “unattached women with reasonable financial resources could thus forward the progress of nascent Methodist societies”.

When he wrote on the occasion of Hannah’s mother’s death (aged 79 on 23 Jan 1779), Wesley added advice about the building of a new chapel in High Wycombe which Hannah was obviously instrumental in establishing. He suggested it should be “on the model of our new chapel” (City Road), only smaller to suit the size of the plot available.(John Wesley’s letters, 24 Feb 1779.)

Hannah attended the Conference in 1776 in London. We have no evidence that she preached as such, but did take part by testifying at services at which Wesley preached. Despite being so involved with the work of the Methodist society, Hannah continued to attend the local parish church and considered membership of the Church of England to be a privilege.

Hannah died on 16 August 1792 and was buried at the 13th century church of St Peter and St Paul in Stokenchurch  (click here for a link to the Methodist Heritage website).

Hannah had two sisters, Ann and Susannah (who married a Mr Philips) and three brothers, William, John and Edmund. The family must have been comfortably off as Hannah owned some tenanted property as well as “goods in the shop”. Hannah wrote a will in 1788 and she left all her property to Ann, to be divided between the other four siblings after Ann’s death.

Hannah left Edmund her copy of Richard Baxter’s ‘Christian Directory’ and he was to have her “32 volumes of the Revd Mr John Wesley’s Works and all the volumes I have of Mr Wesley’s Christian library” after Ann’s death. Mr Wesley’s notes on the New Testament were to be sold by auction.

Hannah’s diaries and correspondence were published in 1796 (edited by Rev Joseph Cole) and again in 1839 and 1983.

A donation was made to the Wesleyan Twentieth Century Fund in memory of Hannah.

An American, Mrs I D McQuaid, wrote a biography in 1964 entitled Miss Hannah Ball, a lady of High Wycombe.

There was a Hannah Ball Society and also a choir named after her. We’d love to hear from you if you know anything about these. 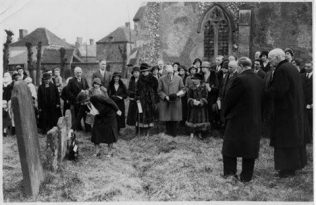 In 1933 there was a wreath-laying ceremony at Hannah’s grave to commemorate her bicentenary. A celebration service was held at High Wycombe Town Hall on 12th March at which the Chairman used a small table which had once belonged to Hannah. The next day there was a public meeting at Priory Road Methodist Church with various speakers on “The Place of the Sunday School in the life of To-day”.

At the service, the hymn ‘Let us now praise famous men’ was sung and also ‘God of our Lives’ by W W Webb, which seems to have been specially written for the occasion and includes the verse;

We thank Thee for our Sunday School to-day,

The first of Schools, whose foundress led the way,

And gathered little ones around her knee,

And taught them Thine own Self to see;

“Suffer the children, let them come to Me,”

Rings out to nations yet to be.

In 1983, in response to a request from the High Wycombe Circuit, Fred Pratt Green wrote a hymn about Hannah to commemorate the 250th Anniversary of her birth.

The Letters of John Wesley can be read online here