You are here: HomenextChapelsnextStaffordshirenextTamworth, The Wesleyan Temple, Victoria Road

September 1871 provided a turning point for the Tamworth Wesleyans. Tamworth had been part of the Burton on Trent Circuit and very much the poor relation to Burton where the two Ministers resided, One of them would arrive in Tamworth on a Saturday. He would do his two Sunday services and then return to Burton. In 1871, Tamworth became part of the newly formed Tamworth and Lichfield Circuit and the result was dramatic. Finally, the Wesleyans had their resident Minister who was the Rev Thomas Barr. He only stayed for one year but in that time worked a miracle. He was not a spectacular preacher but believed in practical ministry. He visited regularly and was much loved and respected. The effect of his 12 month’s ministry was to double the congregation!

Such was the explosion in growth which followed that the premises in Bolebridge Street became, to use a modern phrase, “not fit for purpose”. Already, for special events, other churches were being used and the search commenced for a suitable site 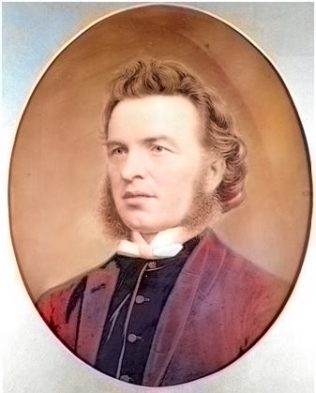 Two significant events occurred in quick succession. The first was the appointment of the Rev Ezekiel Burton as Minister in 1876. He had built new chapels at Mold and Hednesford and had effected important improvements and cleared off burdensome debts at other places. He provided the motivation required. With his organising ability and persuasive power plus buoyant humour he was the right man in the right place at the right time!

The second was the acquisition by Thomas Argyle, solicitor, class leader and local preacher, of a large tract of land fronting to Victoria Road of which an area 989 square yards was then sold by him to the Trustees for £420 (half of which he later donated back). 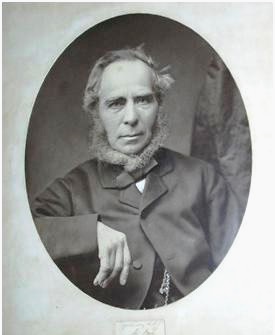 The stone laying ceremony took place on Whit Monday 1877 with a large number of people present. Building continued apace and, by November, roof level had been reached so a Top Stone Ceremony was arranged for 28th November. This novel idea suggested by Rev’d Burton was clearly intended to be a further fund raising exercise. (It, in fact, raised £85 0s 3d). He successfully cajoled the choir members into mounting the scaffolding and stationing themselves at the top of the building and there, at 2.00 pm, they opened proceedings with a hymn. What the hymn was is not recorded but, anecdotally, it has been said that it was not a hymn but “The “Hallelujah Chorus”. A Mr J E Lightfoot of Accrington had been invited to lay the first top stone but he was reportedly indisposed. Whether he had second thoughts about mounting the rickety wooden scaffold and changed his mind we shall never know.

By March 1788 the building was ready. It was a magnificent edifice, which had cost just over £4,000, and seated 600. It included a balcony on 3 sides together with choir stalls on either side of the organ. The opening service was held in the afternoon of 9th April 1878 and proceedings began with the Rev’d Burton reading from the pulpit the Certificate of Registration as a place of public worship to be used by the Wesleyan Methodist Church. The service was conducted by Dr William Pope, the President of Conference.

The building was called a “Temple” and Rev’d Burton gave a number of reasons for this which included Because where we meet and worship God publicly and statedly, and enjoy His presence, is a “Temple”, and nothing less or more. So, we call it by its own proper name.  The name eventually fell out of favour and the building became known as Victoria Road Methodist Church. The Sunday School continued to use the 1816 chapel until the schoolrooms adjacent to the church were completed in 1898.

The Quinquennial Inspection in 1971 resulted in its closure. The Report stated that extensive repairs were needed on the roof, the estimated cost of which was in excess of £20,000 – a considerable sum in those days and well beyond the resources of the Church. The sad but correct decision to close and amalgamate with Aldergate, the former United Methodist Church a few minutes’ walk away, to form Central Methodist Church was taken. The last service at Victoria Road was held on 9th April 1972. So, some 120 years after the divide of the mid 19th century former “Free” Methodists and “Wesleyans” were finally reunited under one roof. 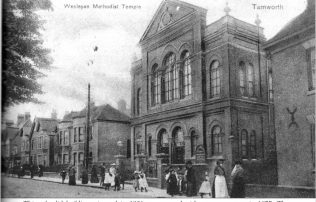