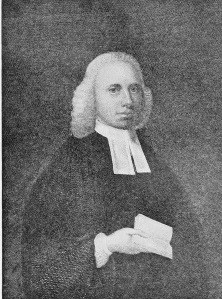 While John Wesley had visited both Castle Donnington and Melbourne in the 1740s his visits had seemingly had little influence in those places or in North West Leicestershire generally. Of course, the visits to the Castle Donnington area had not been to preach but to see Selina, Countess of Huntingdon, at Donnington Hall. While he had preached at Melbourne 3 times between 1741 and 1743 he ruefully wrote in his Journal following one of the visits “There were many hearers: but I see little fruit.” Also in 1743 his brother, Charles, had preached at Coleorton and recorded that the poor had heard the Gospel “with the greatest eagerness” but this enthusiasm was seemingly short lived.

It was not until some 15 years later that Methodism started to impact and the spring board was the ministry of the Rev Walter Sellon. He was well known to John Wesley, had supported him and been the first classics master at the famous Kingswood school in Bristol. He later trained for the Anglican ministry but essentially remained a Methodist and fell into the category of what are often referred to as “Church Methodists”. Following his ordination he became curate at Smisby and Breedon on the Hill in 1759 and it was in these two places that he ignited the spark to light the fire which would spread through the immediate neighbourhood and beyond.

We are told that his ministry was attended by “uncommon power”. He had undoubted charisma and, despite being an intellectual, the ability to connect with those who went to hear him who would come not just from places nearby but from as far as 20 miles away. One attendee of particular note came from Wymeswold to Breedon in all kinds of weather. This was a journey of some 3 hours and he was a familiar site making his way through the villages and lanes. In summer he was frequently observed with his coat over his shoulder and wiping the perspiration from his brow. He was never late for the morning service. We know the names of others. For example, there were Jane Sanson and Mary Willmott from Sheepshead, as it was then known. The roads were poor and the distance was about sixteen miles there and back but, undaunted, they would pack food for the day and were more than rewarded for their efforts by the fine preaching they heard. Others from nearby Tonge were John Hall, his sister Mrs Skirmer and her husband.

In his “Methodist Recollections on a good authority” written over 100 years later, Thomas Watton, grandson of Charles and Hannah Bowman of Melbourne, refers to “Good old Mr Heathcote carrying his boys in turn on his shoulders from Packington to Breedon and back.” He goes on to paint the following picture. “The friends from Melbourne, Wilson, Coleorton, Griffydam and other places  all to be seen from every point round the base of Breedon Hill making their way to the Church, a glorious sight.”

The Methodist cause was strengthened even more as a result of Walter Sellon’s close friendship with Rev John Fletcher of Madeley. Fletcher was a great friend of both Wesleys and would become John’s heir apparent. From time to time, Walter Sellon would be visited by his friend and, when he did so, he would occupy the pulpit. His preaching would attract what we are told were “immense” crowds. There was one person, however, who was not at all pleased with these and that was the caretaker of the church who would have to clean up after the crowds had gone for which additional work he would not be paid extra so he took matters into his own hands, sat himself by the church door and collected a penny from any attending from a neighbouring parish. When John Fletcher found out he was publicly rebuked by him and the money was paid back. 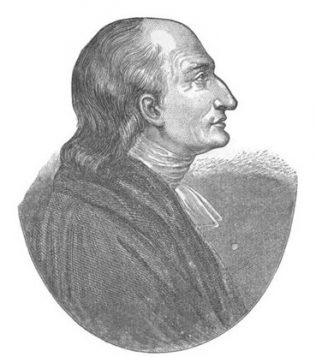 Like John Wesley and unlike the majority of vicars and curates Walter Sellon believed in preaching the Gospel outside as well as inside the church building. He would preach, as would John Fletcher, to the fledgling society at Tonge and no doubt at other places as well.

As if the influence of Walter Sellon and John Fletcher was not enough there was another with evangelical fervour who also preached “the glorious gospel of the blessed God” at Breedon. He was Rev William Romaine, another of John Wesley’s friends and one of the Countess of Huntingdon’s chaplains. He too was able to draw large crowds to hear him preach. Like Walter Sellon, he was an intellectual but able to reach everyone with his considerable preaching ability. 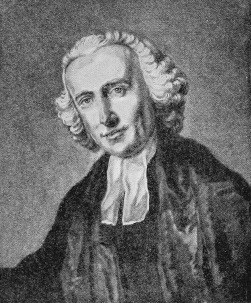 And so, principally through Walter Sellon’s ministry and with the assistance of the likes of Fletcher and Romaine, Methodism became a force in the area and over the next 30 years spread and strengthened. In his autobiography, Rev Jonathan Edmondson, who had been a minister in the Ashby circuit from 1801 – 1803, paid the following tribute to Walter Sellon. “Hundreds were turned to God through his instrumentality. Nearly all the old members…were his spiritual children.”