Obituary from the Minutes of the Methodist Conference 1962, page 218 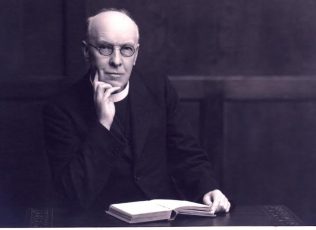 He was educated at Harrogate College before going to Australia. He entered the Ministry in Australia in 1889 and received his training at Newington College, Sydney, later serving with the Australian Wesleyan Church.

In 1895 he transferred to the Methodist Episcopal Church of America and served for four years in Colorado.

Retiring in 1935, he continued to serve his Church in many ways, and he retained a lively interest in all things Methodist.

In his later years he lived in retirement in Bournemouth where he was one of the most faithful worshippers at the Victoria Park Church.

He was greatly esteemed in the neighbourhood for his great interest in everybody, coupled with a lively sense of humour. He was a great encourager to his ministers and a devoted servant of the Church, grudging nothing of time or generosity in its service.

In his declining years he still retained a most active mind and a continued interest in the wider work of Methodism.

He was loved most by those who knew him best, but he was esteemed and respected by all.

He died on 16 June 1962, in the ninety-sixth year of his age and the sixty-seventh of his ministry.