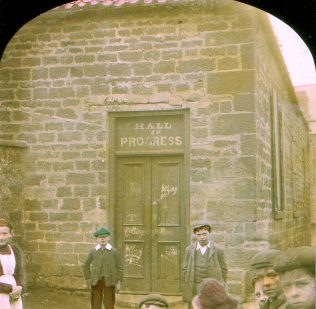 zoom
The first Wesleyan Chapel in Felling, opened in 1811 and later sold to the New Connexion
Bede Circuit Archive Collections 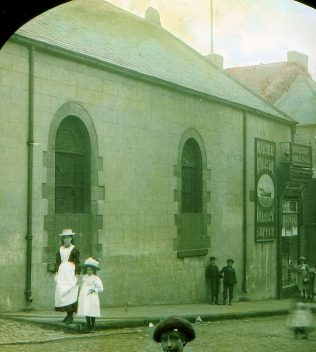 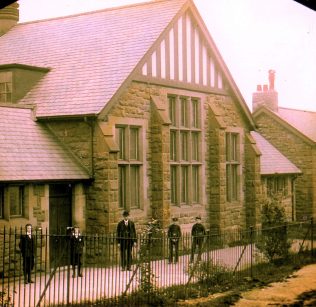 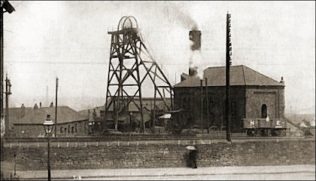 The High Felling Wesleyan Methodist Society probably began life around 1790 when it is highly likely that John Wesley passed through the village en route to Gateshead Fell in the May of that year. Other villages that he would also have passed through – Low Felling, Windy Nook and Blue Quarries also had Societies which began at about the same time.

Early preaching services were held in the cottages of the members and in the Parish Workhouse. We know for certain that the home of Thomas Naisbett was being used in 1805 as a room in his home was registered with the Durham Diocesan Registry on 2nd October 1805, as a Methodist Meeting House (1). This registration was changed on 5th November 1811, to read “new chapel” though Class Meetings continued to be held in members’ homes. Camp Meetings were regularly held such as that with Felling Shore, Bill Quay and Heworth Shore Societies, in 1807 attracting large numbers.

Sunderland Wesleyan Circuit, which began in 1789, included High & Low Felling along with many other places round and about. It would appear that Felling moved to the Newcastle Circuit in about 1800.

The earliest surviving Circuit Plan for the area (Newcastle Circuit) includes High Felling for the years 1808-09. The Methodist Conference (2) authorised the undertaking of collections in the Newcastle Circuit in 1808 for the building of a chapel at High Felling though it was not until 1811, when the Society – by then incorporated into the Gateshead Circuit (formed in 1812) – ventured to build the chapel which was located on Chapel Street, just off Charlton’s Row.

An accident leads to a more Godly life

On Good Friday, 1807, an accident occurred at Felling Colliery during which thousands of gallons of water rushed into the shaft from old mine workings (3) . Amongst those who were trapped until the following day, were Ralph Hall, born 1765, a member of the High Felling Wesleyan Methodists and George Hunter. Hunter was born in Low Felling in 1790 and, as a result of the mine flooding, turned to a more Godly life and joined the High Felling congregation too. By 1810, he had become a Class Leader and week-night services were held in his house.

John Thompson, born August 1777, was taken to the Byker-hill Wesleyan chapel from birth by his father. When the family moved to Low Felling the following year, his attendance at the Low Felling Society continued. Extracts from his journal (4) published in 1812 show that for the next 26 years he was something of an “on-off” Christian with really very little commitment to his Christian faith or his attendance at chapel. In 1801, aged 23, he married and during April 1804 became a member of what by then was known as Felling Shore Wesleyan Methodist Society – they opened their first actual building the following year.

In January 1810, Thompson’s wife who, until shortly before then, had not shared his Christian faith was made a member of the Society and joined in the Class Meetings. It would appear from the scant information available that it was around February 1810 when he moved to the High Felling Wesleyans, for on 12 February 1810 a meeting was due to take place in his home but this was abandoned as the (travelling) preacher at High Felling (Rev. James Parkinson) had been buried that day and Thompson was very perturbed by the days’ events. It was also around this time that he was appointed as keeper of the Heworth Parish Workhouse. This building, which housed around fifteen poor people, was situated on what is now the High Street, on the site of Costello’s Buildings (later Saul’s). It was common practice in the 1800s to hold Methodist services in the Workhouses and Felling was no exception. Thompson became a Class Leader in the High Felling Society in 1810 along with George Hunter whom he would’ve known through his employment also – both were Hewers on the same shift at Felling Colliery.

On Sunday 24th May 1812, Thompson attended a meeting at the Orphan House in Newcastle (5) . It is recorded in Theophillus Lessey’s pamphlet on Thompson’s life that John Thompson was a highly respected man in the Newcastle District and one wonders if this was as a District official or as a representative of High Felling Wesleyan Society? At 3 a.m. he left home to begin his shift at the colliery which would begin at 4 a.m. and end at around 11 a.m.

Shortly before 11.30 a.m. an explosion took place far below the ground in Felling Colliery, which rocked the whole neighbourhood and brought wives and children to the head of the John Pit. Those living near the mouth of the William Pit (the second shaft, located approximately where Dundas Way is now) witnessed a great jet of coal dust rising up out of the vent and settling on the ground upwards of three inches deep.

Within a few minutes of the explosion, the first corf was raised and several survivors staggered to the surface. Some had been hit by the blast and their faces were scorched. Fortunately for George Hunter, he was unscathed and was able to walk away from the scene. John Thompson was not so lucky and was killed by a large fall of stone. His body was not discovered until 25th July 1812 when it was brought to the surface and buried at Heworth on the same day (6) .

Hunter must have felt as though God had intervened again. He had survived the accident in 1807 and here again he had walked away from death totally unscathed whilst 92 of his fellow workmen had perished. Nevertheless, he was greatly shocked by the incident and “continued in this state till the Lord was pleased to reveal Himself to him in mercy soon afterwards” (7) . Shortly after the explosion, he and some others including Ralph Hall decided to do something positive for the children whose fathers had been killed in the Felling Colliery disaster and established the first Sabbath School in the “new chapel” – formerly the home of Thomas Naisbett.

It is impossible to say exactly where this building was located as there was no Census undertaken until 1841 and the building would not have been subject to a Land or Hearth Tax so records of that nature give no indication. Nevertheless, I am confident that, looking at such information as we have, that it would’ve been approximately where Wesley Court is now, slightly east of Croudace Row.

George Hunter became the first Superintendent of the School and, at the time of his death, was Secretary and Librarian. He died in 1831 during the Cholera Epidemic which was prevailing in the village at the time.

A report by the Felling Sunday School to the Newcastle Sunday School Union in 1813, states “with respect to the improvement of the children, many who have had no other instruction than that received in our Sunday School can read their Bibles, and some have become useful teachers”.

The High Felling Wesleyan Society sold the Chapel Street premises to the Methodist New Connexion in 1830 following the opening of their new premises on Felling High Street where they remained until the opening of Holly Hill Chapel in 1907. The Sabbath School met in the small vestry attached to the High Street chapel, later occupied by Mallam’s the Butcher. At Holly Hill, the Sunday School buildings were completed before the chapel and the school moved there in 1898.

Following the closure of the Holly Hill premises in 1974, Sunday School work continued at Coldwell Street (former Primitive Methodist) where it continues to this day. Whilst many other chapels which still exist today formed Sabbath Schools before or at the same time as Felling few, if any, have an unbroken history. Felling can proudly say that it has one of the oldest, continuously-running, Sunday Schools in the northeast of England.

4 A Short Account of the Life and Christian Experience of John Thompson compiled chiefly from his own Journal by Theophillus Lessey, Newcastle upon Tyne, printed by JMarshall 1812, North of England Mining Institute Library

6 Felling Colliery 1812, an Account of the Accident by Rev. John Hodgson