The Half Shilling Curate 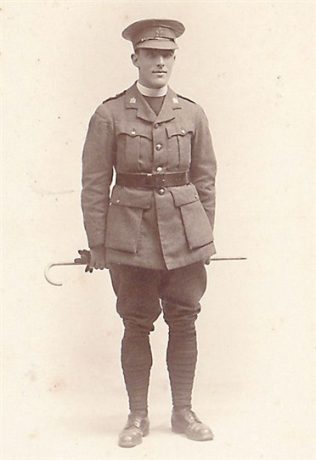 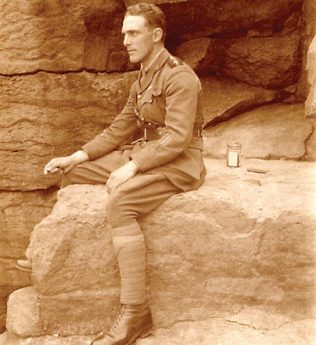 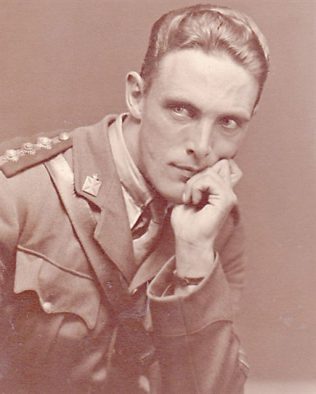 THE story of the Half Shilling curate starts on Christmas Eve, 1914, when the Rev Herbert Butler Cowl signed up to become a temporary Wesleyan Methodist Army chaplain. It is the nickname by which he wrote to his parents during his early days as an Army chaplain, his lack of experience leading him to feel he was “not the full shilling”.

I recently discovered my grandfather’s letters and his hand-written recollections in an old family chest full of old photographs and paperwork. I was seven years old when my grandfather died. Now I have rediscovered the man I never knew, my grandfather who signed his letters home, “From your loving son, The Half Shilling curate, Herbert.”

From my first recollections of tea at my grandfather’s house, to the memories of my attempt to swap his Military Cross medal for plastic German soldiers, I discovered the story of his war.

Herbert Cowl finished his training to become a Methodist minister in 1910. His sweetheart, Mary Louise Townsley, left England with her family, returning to her mother’s homeland in British Columbia. The world was uncertain, Europe was on the brink of war and Herbert’s life was to change.

He started as an Army chaplain at Bordon Wesleyan Soldiers’ Home near Aldershot in Hampshire. In August 1915 he arrived in France as part of Kitchener’s Army with the 23rd Division of the British Expeditionary Force.
The story begins with his journey east towards Flanders.  “Sometimes as I cross a bit of rising ground between here and headquarters, where the country is open, and the road only lined by an endless avenue of huge polled witch-elms, I stand in the darkness; watch the probing searchlights flicker on to the clouds, and hear those grim far off voices speaking death. It is a new sound; it is another world; and it calls to unprecedented scenes and experiences. God grant as we march into it all that there may arise a man in me that is sufficient to this new occasion!”

He writes about daily life in an almost jovial fashion so as not to worry his parents about the true picture of war. He even mentions his wish to receive the Methodist Recorder. “I should much like the ‘Recorder’. Who is the second of our chaplains to be wounded? I heard of Harris, but not one since. You need not worry: I might be continents from war at present. On the other side of the road stands an old convent, the bell of which is languidly tolling: children laugh and gambol in the street. I jog along, seeking something to do, and often in vain! Nothing could be more unlike war!”

However, the adventure and excitement are soon replaced with the reality of warfare as Herbert witnesses the retreat of the men returning from the Battle of Loos and recognises one of his men from the Wesleyan Soldiers’ Home in Bordon.

“They went in eleven hundred strong. At the roll call after that holocaust, he was one of 115 who answered.

“I saw him last in Laventie. His division had pulled out of the Battle of Loos mauled and decimated. I chanced to be in the streets of the broken town as the remnants marched thro: and there at the back of a gun carriage, Joe Foster racing along in his kilt. I broke all military discipline and pushed into the column to grip his hand and go with him while we talked.”

While at Bordon, this private had told Herbert that he would come through the war unscathed and this he did.

The winter months arrived, bringing cold, wet weather and much mud. “The men for whom I am responsible have this week taken over their part of the ‘line!’ and I have been busy getting track of them – a business indeed! If you want to know what aching muscles feel like, walk a couple of miles of trench, floored with a double row of planks which are thoroughly greasy with rain and clay. Sometimes you will take a turn, as a welcome relief, in the four to six inches of oozey mud that runs beside the planks. Meanwhile, you will bless the makers of Lotus boots, and trust that the boy who cleans ’em tomorrow is gifted with patience and grit!”

Through these letters, we are given an insight into the daily routines of the front line.

“These are my trench days: and they are full of many interesting details: some of which might edify you; some otherwise! Picture me today, in a dug-out occupied by the battalion boot maker and his two assistants. Three privates, beside myself, sit there; all in bootless feet while the good man does our repairs while you wait and with no charges! In my case it is to have a set of jolly good hob nails driven into the soles of my boots, too slippery as they were for these trench board-walks. I have happed on the boot maker by chance; and this bit of work gives me the chance of a chat and a smoke: and behold I rise having made half a dozen new friends.”

In November 1915, during heavy bombardment, Herbert was seriously wounded with shrapnel lacerations to his neck, throat and jaw. He was taken to a field hospital where the surgeon made a tool to perform an operation to remove a piece of shrapnel still lodged in his throat. He was sent via hospital train to Boulogne where he was assessed before returning to England.

On November 17, 1915, he was taken by stretcher to the hospital ship, HMHS Anglia, and placed in a cot bed. While crossing the channel, the ship hit a German mine and within 20 minutes the ship sank, taking with her many soldiers and nurses.

He describes the scene after the ship was beginning to tilt: “… and then the sea rushed in. The inrush carried me to an open doorway in which I lay with bedding and furniture and debris reaping over me. Then a lurch of the ship flung me onto my feet so that I could struggle thro’ the wreckage, into a bathroom. Sitting on the bath side, I watched the water rising inch by quick inch: then in a mirror opposite I saw a ghastly sight which some puzzling over proved to be my own face. No man would chose to drown in a hole: so there began the grim struggle to climb the clogged passage, to gain the deck.”

During that struggle to survive, Herbert handed his life belt to someone who he thought needed it more than himself. For this he was awarded the Military Cross.

Herbert never spoke of his experiences in the First World War. He simply said that he served alongside the Durham Light Infantry, but my father, Herbert’s son, knew that his father had received the Military Cross for his actions on HMHS Anglia that day in 1915.

Mary Louise Townsley returned to nurse Herbert back to good health. The rest is, as they say, history. Herbert and Mary lived happily ever after.

I am researching the background to my grandfather’s story with a view to publishing it before the 100th anniversary of his signing up as a chaplain. Perhaps you knew him? He retired from the ministry in 1949 and died in his 85th year, in 1971.

This article appeared in the Methodist Record on 20th June 2014 and is reproduced with their permission.

“Readers contacted me with a whole range of stories and memories of my grandfather, from christenings to marriages, from memories of his sermons to memories of chance meetings. Touching memories and recollections came from across the country which included first-hand memories of his preaching and even a recording of him talking about Portsmouth during World War 1, where he spent the last two years of the war at the Portsmouth Garrison. The recording was made 50 years after the end of the war when Eastney Methodist church was celebrating its centenary. Herbert began with these eerie words from the past: ‘You may be assured that this is a very proud ghost that speaks; proud to be included at all … 50 years is a long time for memories …’ ”

The research and writing are now complete.  The Foreword for the book has been written by Hugh Pym of the BBC  who has a connection to Army Chaplaincy, in that his grandfather was  also a ‘Padre’ during WW1.

On 15 October 2016, The Half-Shilling Curate, A personal account of war & faith 1914-1918 will be published by Helion & Company. The publishers have not released the RRP as yet, but the ISBN number is 9781911096467.
Sarah Reay has created a website for the book:  www.halfshillingcurate.com where if you wish, you can contact the author.
You can also keep up-to-date with updates and interesting information via Facebook, looking up ‘The Half-Shilling Curate’ and press on ‘LIKE’ or follow on Twitter:  @ShillingCurate