You are here: HomenextTopicsnextFirst World WarnextChaplainsnextReligious Rights of Wesleyan Soldiers in WW1 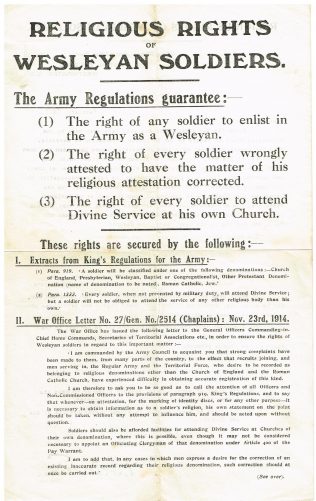 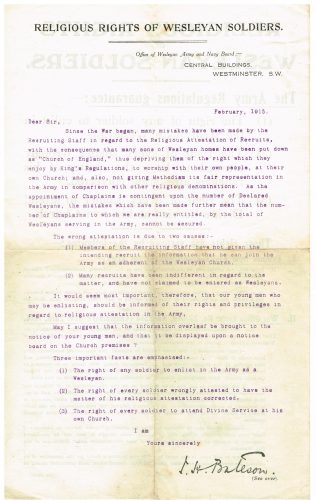 When young men joined up for the armed forces, it was common for them to be routinely put down as ‘Church of England’.  This presented a problem for the Wesleyan Methodist Church, as the number of Chaplains they were able to have depended on the number of soldiers who gave their religion as ‘Wesleyan’.

It was even harder for the Primitive and United Methodist Churches, who had no chaplains prior to 1914. Recruiting sergeants were even less inclined to record these denominations, and young men were encouraged to declare the Chapel they went to, and make sure it was correctly recorded.

Click on the images to see a larger version.