Rev Thomas Jackson, President of the Wesleyan Methodist Conference in 1838 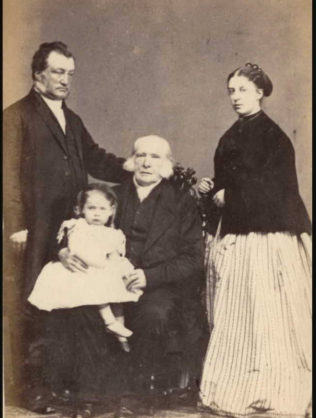 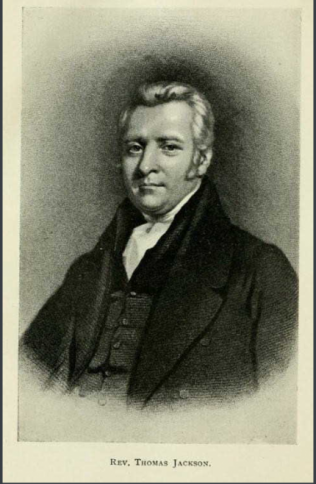 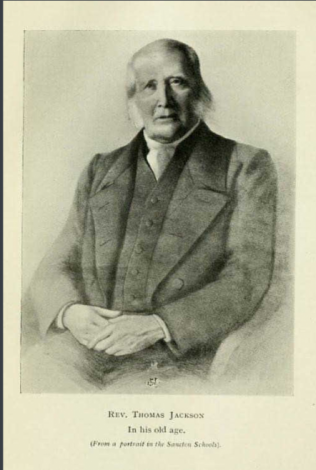 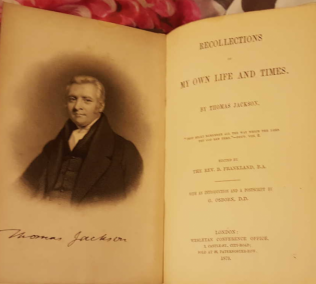 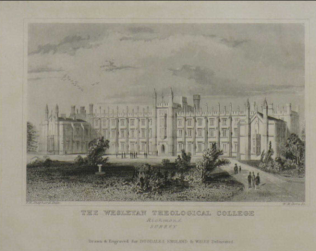 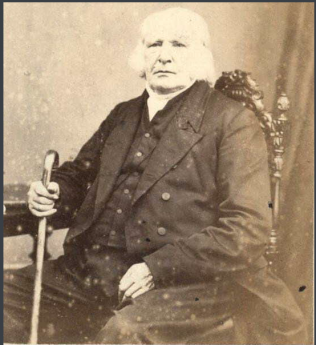 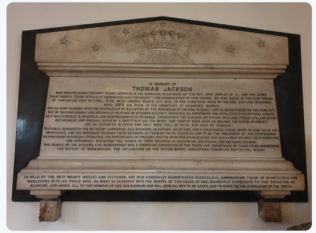 JACKSON, THOMAS (1783–1873), Wesleyan minister, born at Sancton, a small village near Market Weighton, East Yorkshire, on 12 Dec. 1783, was second son of Thomas and Mary Jackson. His father was an agricultural labourer. Three of the sons, Robert, Samuel, and Thomas, became ministers in the Wesleyan Methodist Connexion. Thomas was mainly self-taught, being taken from school at twelve years of age to work on a farm. Three years after he was apprenticed to a carpenter at Shipton, a neighbouring village. At every available moment he read and studied, and in July 1801 joined the Methodist Society and threw his energies into biblical study and religious work. In September 1804 he was sent by the Wesleyan conference as an itinerant preacher into the Spilsby circuit. For twenty years he laboured in the Wesleyan connexion in the same capacity, occupying some of the most important circuits, such as Preston and Wakefield, Manchester, Lincoln, Leeds, and London. His position and influence grew rapidly. From 1824 to 1842 he was editor of the connexional magazines, and, despite his lack of a liberal education in youth, he performed his duties with marked success. The conference elected him in 1842 to the chair of divinity in the Theological College at Richmond, Surrey, where he remained until 1861.

In 1838–9 Jackson was for the first time chosen president of the Wesleyan conference. A hundred years had just passed since the formation of the first Methodist Society by the brothers Wesley, and Jackson prepared a centenary volume, describing the origin and growth of methodism, and the benefits springing from it (1839). In the centennial celebration he played a leading part, and preached before the conference in Brunswick Chapel, Liverpool, the official sermon, which occupied nearly three hours in delivery. The sermon was published, and had a very large circulation.

Jackson was re-elected president in 1849, when the Methodist community was agitated by the so-called reform movement and the expulsion of Everett, Dunn, and Griffiths [see Dunn, Samuel, and Everett, James]. Jackson throughout the crisis showed great tact and dignity.

He retired from Richmond College and from full work as a Wesleyan minister in 1861. At the same time his private library was bought by James Heald [q. v.] for 1,000l. and given to Richmond College. After leaving Richmond he resided with his daughter, Mrs. Marzials, first in Bloomsbury, and afterwards in Shepherd’s Bush, where he died on 10 March 1873.

Jackson’s style as a preacher was simple and lucid. As a theologian he belonged to the school of Wesley and Fletcher of Madeley. Besides occasional sermons and pamphlets he wrote:

‘The Journal of the Rev. Charles Wesley, with Selections from his Correspondence and Poetry; with an Introduction and Notes,’ 2 vols. fcp. 8vo, London, 1849.

‘The Duties of Christianity theoretically and practically considered,’ cr. 8vo, 1857.

‘The Institutions of Christianity, exhibited in their Scriptural Character and Practical Bearing,’ cr. 8vo, London, 1868.

Samuel Jackson (1786–1861), Thomas Jackson’s younger brother, was president of the Wesleyan conference at Liverpool in 1847, and died at Newcastle during the session of the conference there in August 1861.

The following account of the funeral of Thomas Jackson appeared in The Surrey Comet on Saturday March 15th 1873:

Yesterday afternoon the remains of the Rev.Thomas Jackson were consigned to their resting place in Richmond cemetery. The deceased was twice president of the Wesleyan Conference and was for some years theological tutor at the Wesleyan College, Richmond. Whilst occupying the last-named office his wife died and was buried in the Richmond cemetery by the Rev. Harry Dupois, with whom Mr Jackson was on terms of intimacy. This circumstance will account for the removal of the body from Shepherd’s Bush, where the deceased died, to Richmond. Mr Jackson was in his 89th year: was well known and much respected.

The funeral proceeded through the principal streets of the town; and on arriving at Richmond Hill the body was taken into the College chapel, where a service was conducted by the President and ex-President of Conference, and the Rev. William Arthur, the address being given by the last-named minister. On arriving at the cemetery, the remainder of the ceremony was conducted by the deceased’s grandson, the Rev. Bloomfiled Jackson, curate of Stoke Newington.
The principle mourner was the deceased’s son, the Rev. Thomas Jackson, rector of Stoke Newington and Prebendary of St. Paul’s.