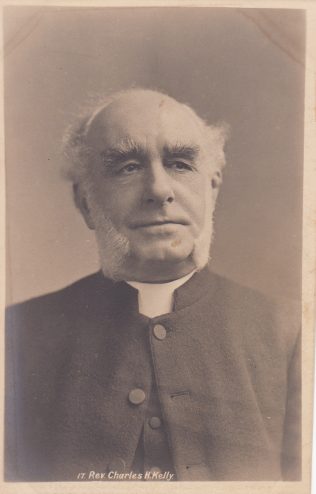 Charles Kelly was twice President of the Wesleyan Conference, in 1889 and 1905. He was Secretary of the Wesleyan Methodist Sunday School Union and cooperated with W B Fitzgerald in forming the Wesley Guild. As Book Steward, his name appears as ‘publisher’ on numerous Methodist publications and he produced the second edition of Who’s Who in Methodism in 1912.

Charles was born in Salford on 25th November 1833 and entered the ministry in 1857. After 50 years as a minister he retired but continued to be a regular visitor at Wandsworth Prison until his death on 5th April 1911. He wrote a book of ‘Memories’ which contains many fascinating anecdotes and is very readable. You can read it free of charge online by clicking on the following link;