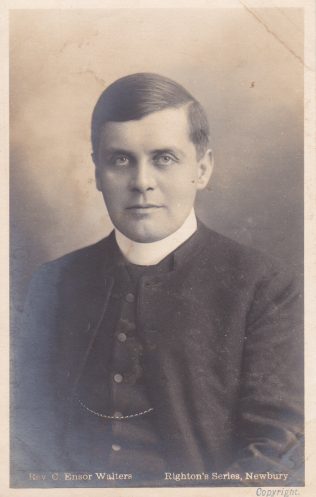 Charles Ensor Walters was born in 1873 in Milborne Port, Somerset. His father was Rev William D Walters, a Wesleyan Minister.
At 18, on the 1891 census, Charles is described as a ‘student of theology and LP’. He was ordained in 1895 and went to work at the West London Mission where he was much influenced by Hugh Price Hughes.
Charles married Muriel Havergal in Penzance in 1906 and they had a son, William Ensor in 1907. They lived in Gower Street.
Charles Ensor Walters died on 17th December 1938.