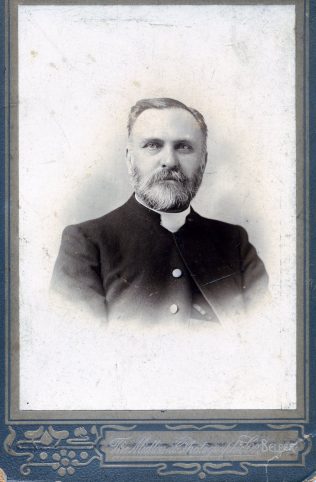 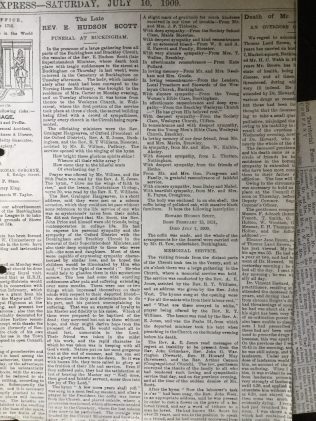 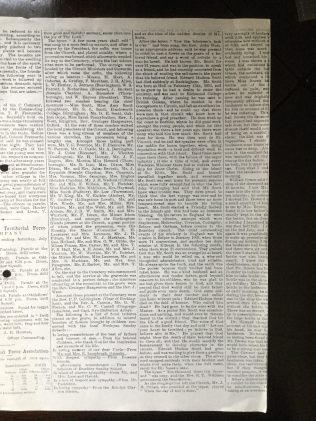 Accepted for the ministry & attended Richmond College 1873 – 1875. Sailed for Demerara on steamship NILE. Married during his time in the British West Indies & had 4 children. In West Indies he was in Georgetown & Berbice (British Guyana), St Vincent, St Kitts. Returned to England for personal reasons in 1890. Circuits:Staplecross, Holsworthy, Tiverton, Coningsby, Belper, Oakham, Buckingham & Brackley.

“Tragic sudden Death at Buckingham” : a description of the events leading up to the collapse and the removal of the minister’s body to the Nursing Home (??? Buckingham Hospital which is very close). “It is stated that the deceased Minister had been medically treated for heart disease, and therefore no inquest will be necessary.”