Obituary from the Minutes of the Methodist Conference 1962, page 199 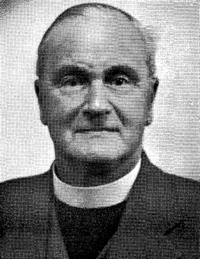 Born at Reading in 1900. After working as a railway clerk and as a lay pastor he was accepted for the Wesleyan Ministry.

He spent a year in the Mid-Norfolk Mission before being trained at Richmond, and he then served in the North of Scotland Mission, Edinburgh, Glasgow, Grimsby, Northwich, Sale, Leeds and Lytham St Annes Circuits, and as Connexional Archivist.

In Leeds he was Synod Secretary. His writings included The Ministers’ and Laymen’s Handbook and the 1947 Wesley Historical Society lecture on Methodism in Scotland.

As Editor of the Proceedings of the Wesley Historical Society he maintained the highest standards and contributed many articles of fascinating interest.

When it was decided to appoint a Connexional Archivist he was the obvious choice, and in a few months had already made many interesting discoveries. Many questions were settled by the advice, “Ask Wesley Swift,” for in many spheres he was unique.

He carried heavy responsibilities without any detriment to his work as a circuit minister.

His interest in liturgy and lectionary was not merely academic, but enriched his conduct of public worship, as did his preaching. By faithful pastoral visiting he won much affection. He was himself eager for the means of grace. especially the Holy Communion.

His cheerful, humorous and friendly personality was enriched by the happiness of his home.

He died suddenly on 26 December 1961, in the sixty-first year of his age and the thirty-eighth of his ministry.