Obituary from the Minutes of the Methodist Conference 1962, page 192 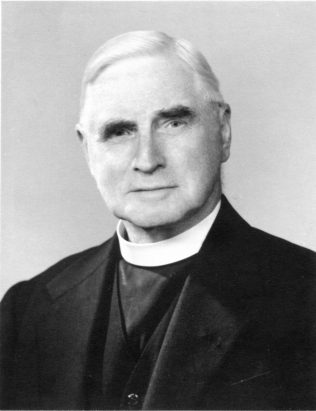 Born at Wednesfield in 1880. He entered the Wesleyan Methodist Ministry in 1912.

After his conversion he felt called to service in Africa, and before entering Didsbury College did a term of service in the Lagos District, in the dreaded area of “the white man’s grave”.

His zeal for missionary service was never quenched throughout his ministry. Leaving Didsbury College, Manchester, he served in circuits in the North of England : Matlock, Stoke-on-Trent, Sandbach, Isle of Man, Pontefract, Wakefield, Bradford, Cross Hills, Silsden, Batley, Tadcaster and Grassington.

In all these places he is remembered with affection and esteem as a loyal friend and a courageous minister of God.

His years as an engine driver with the G.W.R., and his life as a sportsman on the field with Port Vale, were experiences which helped him to get alongside those outside the usual means of grace.

For a time he was warden of a boys’ reformatory school near Sandbach, Cheshire. He knew how to enter into the needs of the lost.

He preached and worked with energy, and cared especially for boys and girls. He had a great gift for friendship, was genial and understanding. His fun and his faith in the Gospel were both alike irrepressible, and all who met him felt the power of a Spirit-filled personality.

He was an indefatigable servant of Christ, full of courage, determination and passion. In the week before his passing, though then retired, he felt a new call to service and offered his talents to work among the overseas immigrants crowding into the city of Bradford. His plans of campaign in this new missionary field were in his hands when he died on 22 September 1961, in the eighty-first year of his age and the forty-ninth of his ministry.