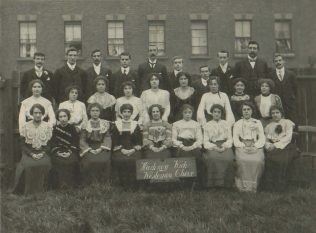 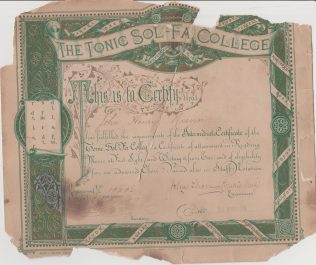 My great-grandfather, John Henry Nunn (1862-1936), was born in Shoreditch and he became the choir master of Hackney Wick’s Wesleyan Choir. This was how he met his wife (Frances Louise Ashworth, 1876-1961), as she was one of the choristers. John was a wallpaper designer by trade.

Unfortunately I don’t know the names of the other people in the photograph.

His intermediate certificate from The Tonic Sol-Fa College, which he received in 1884, meant that John was “eligible for an advanced choir”.