You are here: HomenextChapelsnextWalesnextOverton, Flintshire 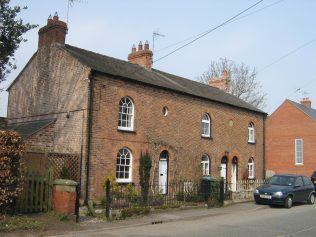 The society at this 1816 Wesleyan chapel (now a house) seceded in 1836 and joined the churches known as “the Wesle bach” (Wesley without the -y), whose history is related in  A. H. Williams’ Welsh Wesleyan Methodism, 1800-58.

By the time of the 1851 religious census, the chapel had been purchased by the Primitive Methodists, who already had an 1832 chapel nearby in the hamlet of Cloy (also now a house).