You are here: HomenextChapelsnextNorthumberlandnextNewcastle upon Tyne, Brunswick Wesleyan Church 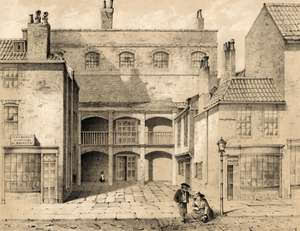 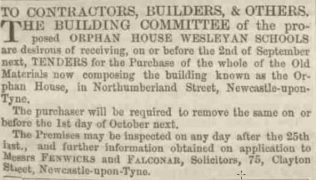 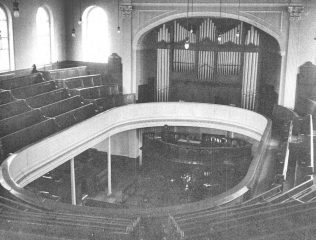 zoom
Interior of Brunswick Place WM, Newcastle on Tyne prior to alterations
Image from the collections of the Newcastle upon Tyne District Archives 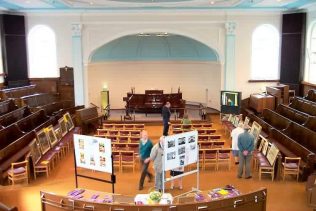 The first Methodist Society in Newcastle on Tyne was formed in 1739. Following John Wesley’s visit to the (then) town in 1742, land was acquired outside the Pilgrim Street Gate and a chapel was erected there. It was known as the Orphan House and it was the first building to be erected as a Methodist chapel. It was originally intended that the building should be used as a school for orphans as well as a chapel but this never took place.

By the early 19th century a larger chapel was needed and so a new site was acquired in Brunswick Place. The foundation stone for the new chapel was laid on 5 May 1820 and the opening service was held on 23 February 1821. Briefly, the chapel was known as the New Orphan House but soon became officially known as Brunswick Place chapel.

The opening services were widely reported in the local press of the day. The “Tyne Mercury” for 27 February 1821 had this to say:

“On Friday last, the new Methodist Chapel at Brunswick Place, in this town, was opened for divine worship. It is a large and elegant building and was thrice filled that day with audiences composed of persons of all persuasions. There were also three sermons on Sunday, but the crowds of people that came in on that day from the surrounding neighbourhood, rendered it impossible for them all to gain admittance.

Several ladies fainted and were carried out; and such was the eagerness of the public to be present on the occasion, that when the audiences came out after the forenoon and afternoon discourses, hundreds who were waiting at the door went in and took their seats for the succeeding service”.

The newspaper report goes on to say that collections on the Friday amounted to £109 and on the Sunday to £105 – a substantial amount for the time. A baptism took place on the Sunday morning. It was intended that an organ would be installed ready for the opening of the chapel but the pews surrounding the space were filled with the singers and there was doubt as to whether or not the organ would ever be obtained “… the deep majestic organ’s peal would give a grandeur to the singing that will never be obtained from a few fiddles and clarinets”

The Orphan House remained in use as a Sunday School but the Society’s services and meetings were held in Brunswick Place chapel. The new building was also used for other meetings such as the Anti-Slavery meeting held there in 1830. By the mid 19th century the condition of the Orphan House had deteriorated and so the site was offered for sale in May 1821. The sale does not appear to have taken place and the Orphan House was demolished being replaced with a new building opening in 1858 which served as a Day School and Sunday School. In 1884, a hall was added to the chapel and the Sunday School moved in there.

In 1893, a new organ was installed in the chapel and the gas lighting was replaced with the electric light. In 1956, the hall and other adjacent buildings were rebuilt to provide additional rooms.

Significant alterations were carried out in the 1980s to the body of the church providing cafeteria facilities in the lower section and a church in the upper parts. The church is still open as Brunswick Methodist Church