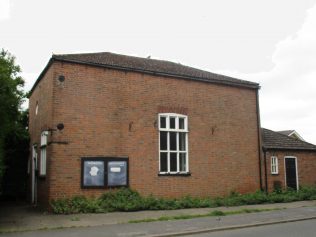 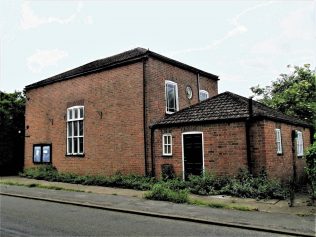 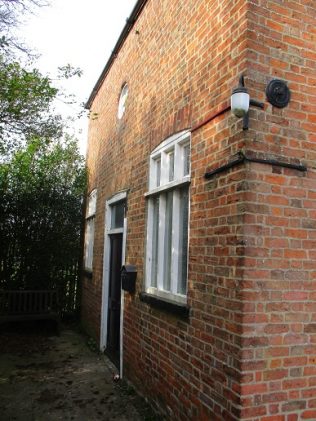 Wesleyans were meeting at a house in Moulton as early as 1789. This, or some other building, was on the Spalding Circuit plan by 1819.

Opening in 1830, the chapel stands on Bell Lane. The foundation stone was laid by Mrs Brown (a staunch Anglican) on whose land it was built. Here was seating for 112. The height of the building might suggest there was an intention of erecting a gallery at some future date.

The general turmoil as a result of the Reform movement in the 1850s, left this chapel unscathed. Members were described as a “quiet, responsible body, anxious for reform, but unwilling to join the prevailing agitation”. There was Free Methodism within the parish, but not in the village itself.

Turmoil of a different kind occured In 1863 when a gale force wind swept the area, causing considerable damage. The whole south (front entrance) wall of the chapel collapsed outwards – narrowly missing folk about to enter the building – with windows blown out and the roof shattered.

A new reed (pump) organ was dedicated in 1899 and, no doubt, put to good use. The chapel once boasted an effective Gospel choir.

For the centenary in 1930 the building was renovated, and re-opened by James Blindell MP. The Rev William Fielder (superintendent) conducted the ceremony. Further remedial work took place in 1950.

In keeping with other local churches of various denominations, flower festivals became an annual feature from 1976, with The Four Seasons as the theme of the first one to be held.

Decreasing membership and dwindling attendances have led to the chapel’s closure. At the time of writing (2022), planning permission has been granted for conversion into a dwelling.