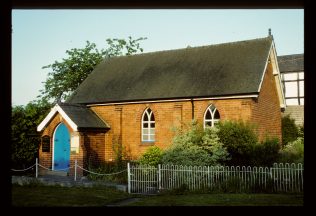 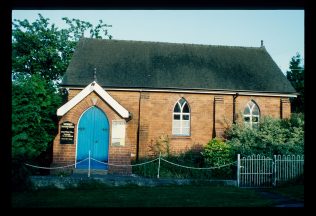 A small red brick chapel in the centre of Shobdon village built with seating for 100, not far from the Bateman Arms Public House.

The chapel was built around 1924 by Mr. Saxon and helpers from Kingsland. The congregation came from the Wesleyan Mission Room, which had been built by Mr. Ross on his own ground. At one time nearly the whole of Shobdon was owned by the Squire, and he expected people to go only to the Parish Church. Some people preferred to worship in the Mission Room and so they met in secret on Sunday evenings. When they wanted a new chapel Mr. Williams of the Tan House in Shobdon donated some land in the centre of the village.

During World War II Shobdon Chapel was home to Methodists from all over the world, including Polish airmen, Jamaicans, Scots and WAAFS. The chapel was redecorated in 1976 and a new floor was laid and carpeted.