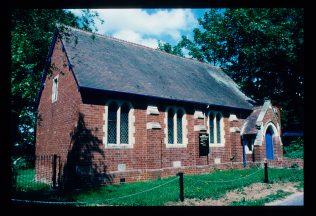 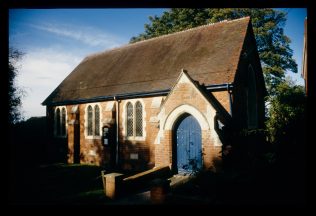 The Methodist Chapel at Risbury was the only place of worship within the village as the parish church is a few miles away at Humber.

This chapel is one of the largest in the circuit, seating 90, and was built towards the end of the 19th century by John Riley who lived at Great Marston Farm. Before this chapel was built services had been held in a room at the farmhouse.

As the numbers in attendance at Marston Farm grew, land was found on which to build the chapel and a stable block. The chapel had a Sunday School that met at 10.00am, before the service at 11.00am. There was also an evening service at 6.30pm and a weeknight service every Thursday evening.

The chapel was registered for burials and marriages. From 1966 to 1972 the chapel was virtually closed, but then the vicar at Humber requested the use of the chapel for occasional services and the trustees were only too happy to oblige. In 1974 the chapel was re-decorated and electric heating installed. Quarterly services continued to be held well into the 1980s.  In later years the Chapel was used jointly with the Church of England but was finally closed c2014.