You are here: HomenextChapelsnextHerefordshirenextLeominster - Burgess Street 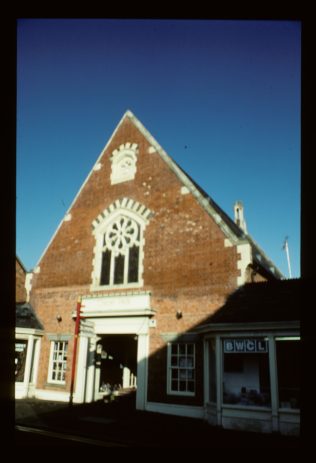 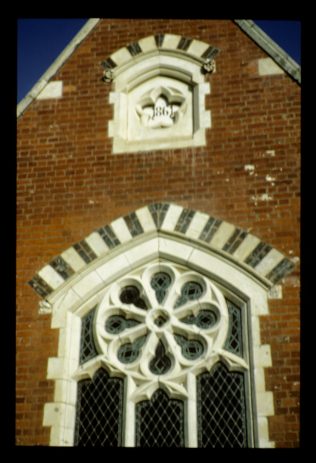 Situated on the north side of Burgess Street, opposite the Congregational Chapel. It was erected in 1861 but after the Reunification of Methodists it was no longer used and is now a shopping walkway known as “Chapel Walk” with shops on either side. The chapel was built in the 1860s after the membership of the Wesleyan Methodist Chapel got too large for its predecessor just up the road (SMR 16306).

World War II was to have serious consequences for this chapel. By November 1939 blackouts were being put up and a decision was made to only hold services in the chapel on alternate weeks for the duration of the war. Soon after, the schoolroom in Burgess Street was requisitioned by the Army and the secretary of the chapel was asked to disconnect the electricity supply to the schoolroom and to block up the access between the chapel and the schoolroom. In January 1940 the majority of services were being held at the Primitive Methodist Chapel on Green Lane.

By 1944, with an end to the war in sight, the future of the Burgess Street chapel was being considered. Part of the building was still being used by the Army and at one point it was considered as a British Restaurant, but it was decided that it was unsuitable. There was discussion about building a new Methodist Chapel but the funds were not available. In 1945 the pews and organ were put up for sale and the pulpit bible and hymn books were distributed to the surrounding country chapels. The building was sold in 1945 for £2,400.