You are here: HomenextChapelsnextHerefordshirenextHigh Holborn 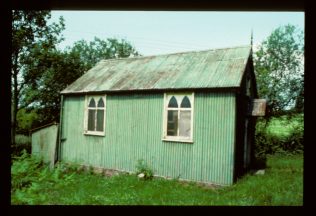 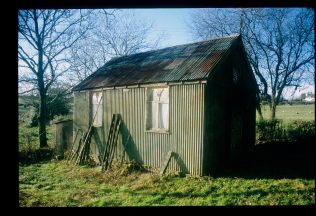 Brilley Chapel is only 150 yards from the road that forms the Welsh border on BrilleyMountain. It is an unusual chapel as it is situated over 800 foot above sea level.

The chapel was built in 1878 as a Wesleyan Methodist Chapel and is still standing today as a small, green, corrugated iron structure with small windows. Some people refer to it as the “Iron Chapel”. Seating for 62.

By January 1967, services were no longer held in the chapel and it was agreed that the building would be sold.