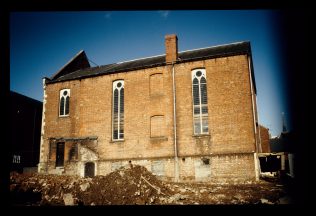 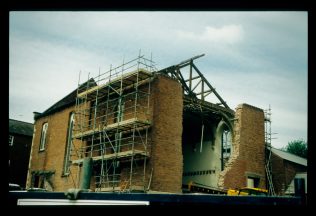 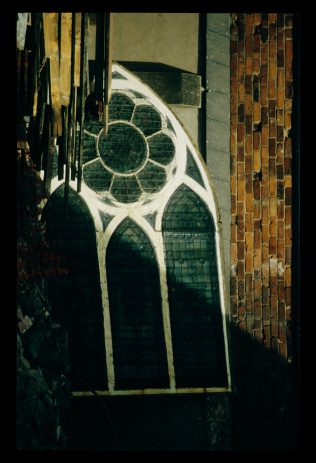 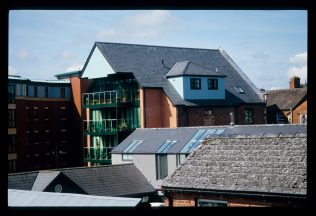 A Methodist Chapel at 10-11 Bridge Street. This is perhaps the chapel that was approved in 1828 and opened in 1829, although the Society had been meeting in a property in East Street since 1804. It had seating for 350.

The building was enlarged and re-fronted in 1866.

The chapel could be found by going through an alleyway between two shops. Unfortunately the shops were built very close to the front of the chapel, making it difficult to take photos. This view is no longer accessible.

The chapel was used as a bedding sales showroom in the 1980’s but in 2007 partial demolition of the Chapel began, with the remains being rebuilt as part of a development of executive apartments.