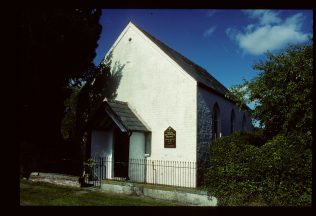 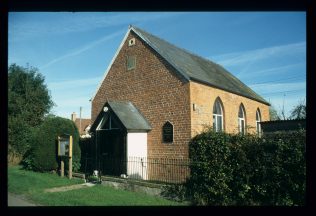 Bearwood Chapel is found halfway between Pembridge and Broxwood, just off the main route. It is a small, white, slate-roofed chapel with three windows on each side wall and a slate-roofed porch to the front.

In July 1864 a group of local people joined together to purchase a site from John Hoskins of Bearwood for £2 5s and 0d. The construction of the chapel was started later the same year. The chapel cost £135 6s 8d to build and had seating for 100.

In the 1880’s there was trouble at Bearwood when the Trust Treasurer borrowed £24 of Trust money for use in his own business, which subsequently failed. Numbers at Bearwood declined until in 1888 there were no members, although services still continued.

G.L. Harriman in Pastor at Pembridge, a book he wrote about his experiences as a lay preacher in Pembridge in 1949, says that although Bearwood was well attended it was also something of a problem. The people who organised the evening meetings did not do so very often and sometimes forgot to turn up.

Up until 1969 the chapel had a thriving Sunday School with annual outings to the seaside and Christmas parties.

Electricity was installed in the chapel as late as December 1960. In the Spring of 1975 the chapel was re-decorated; the re-opening service was held on 22nd May and conducted by the Reverend John Clarke.