You are here: HomenextChapelsnextHampshirenextHurstbourne Priors (Down Hurstbourne) 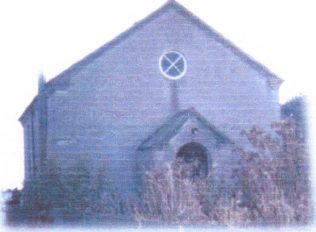 According to John Sundius Stamp, The History of Methodism in Hampshire (unpublished ms, 1826-7, covering till 1804, in Connexional Archives, Manchester) in 1793 the Portsmouth Wesleyan Circuit still listed only Whitchurch in the general Andover area, with seven other places including Winchester and the Isle of Wight. Stamp’s lists refer to financial returns, and may not be complete lists of societies.

The circuit had 500 members. By 1794 it had grown to 550 members. A memorandum concerning the yearly collection was entered in the book of the stewards of the Circuit, signed by Jasper Winscom as “General Steward”. Stamp adds a note that Downhurstbourne and Whitchurch formed a united society.

1795 saw some expansion in the area, though a decrease in members to 500. Down Hurstbourne (that is, Hurstbourne Priors) and Whitchurch were now separate societies.

In 1810 in Doing the Duty of the Parish: Surveys of the Church in Hampshire 1810 , edited by Mark Smith and published in 2004 by Hampshire County Council, Hurstbourne Priors had a population of 382, and one Methodist meeting.

The 1851 Religious Census records at Down Hurstbourne a 1822 Wesleyan chapel drawing on average 80 in the morning, plus 20 to Sunday school, and those actual numbers that evening. The return is signed by the minister, Jacob Turvey, of Whitchurch.

The Hurstbourne Priors chapel closed in 1968 and has been demolished. It stood on land owned by the Earl of Portsmouth. The photograph of it is supplied by local preacher Eddy Males.