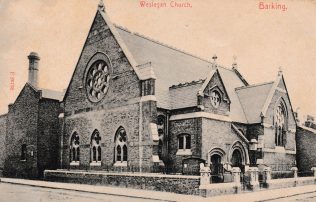 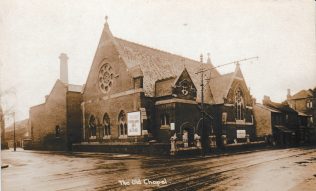 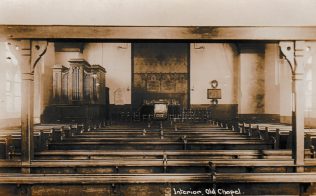 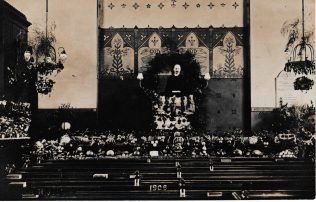 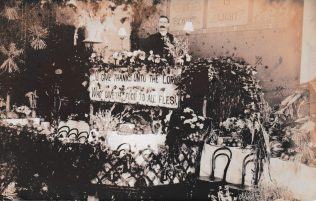 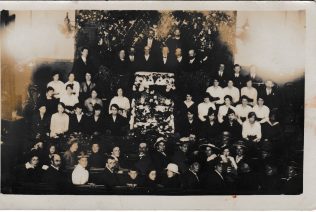 PLANNING A NEW CHAPEL IN THE 1860s

The first part of the following notes are extracted from a Minute Book relating to the Wesleyan Chapel, Barking (Essex):  the minutes commence in May 1867.

‘We hereby engage with one another to become Trustees of the Wesleyan Chapel, School and cottage property at Barking…’

There follow six signatures and three further names were added later.  The first business meeting recorded was on 24 May 1867, an important Methodist anniversary, the day on which in 1738 John Wesley, unwillingly attending a society meeting in Aldersgate Street, ‘felt his heart strangely warmed’.  At the business meeting it was agreed that the occupant of a cottage on the proposed site, a Mr Burt, who was one of the trustees, be compensated with £50 for ‘inconvenience in removing’, and he engaged to quit, if required, at a month’s notice.  It was also agreed at this meeting to employ a solicitor to draw up a conveyance of the property to the trustees.

One month later a meeting ‘resolved that it is desirable to erect a new chapel’ and a scheme was submitted to cost not more than £3,500 provided that the expected help from the General and Metropolitan Building Funds was forthcoming.  The minutes of this meeting also record personal donations of £500, £150, £100 and smaller sums totalling a further £500.  There was also a ‘special offer by F[rancis] Lycett Esq.’ (later Sir Francis), also of £500. Sir Francis gave many such donations to the Methodist Cause.

On 8 June 1867 the architect’s plans were ‘laid before the meeting’, but few members were present ‘the roads being slippery’ and further consideration was deferred.  On 27 January 1868 the plans were examined and ‘several alterations were suggested as to the windows at the sides, roof, tower and spire’.  The architect, Mr Parker, was to be informed of these deliberations .

At a meeting on Monday, 9 March, at 4.00pm, it was reported that the Metropolitan Chapel Committee had considered the case.  Five days earlier Francis Lycett and others had examined the site and he did not think that a chapel to seat 1,000 persons, as was being suggested, was likely to be required.  A revised scheme was therefore considered and three trustees were ‘despatched to wait on the architect and lay it before him without delay’.  On 13 March (things moved swiftly in those far off days!) the trustees were adopting new plans and instructing the architect to prepare specifications; but they were still keen on a seating capacity of a thousand.  On 1 May the Superintendent Minister reported that Francis Lycett did not approve the use of his donation of £500 towards the erection of a chapel of this size; it was therefore moved and agreed ‘that plans and a specification for the smaller chapel be immediately prepared’.  One suspects that the possible loss of the £500 had a lot to do with the reduction in seating capacity.

The meeting on 29 May 1868 resolved that the plans and specification should lie at Mr Burt’s for inspection and a number of builders were listed as being suitable.  A few days later, on 4 June, the working plans for the chapel were submitted and examined.  It was then resolved that the front and the east end, at least, should be of Kentish ragstone unless the cost would be excessive.  It was also agreed to have a rostrum instead of a pulpit, and little sketches of pew ends are drawn in the minute book.

On 10 June it was agreed ‘that letters be sent to the builders informing them that the plans would be on view from Saturday 13th to Saturday 20th June and that the tenders must be delivered on or before the 26th’.  The time limit was later extended to 29 June.  (Things definitely moved quicker in 1868!)  On 2 July the tenders were considered – but matters seem to have ground to a halt: they could not decide on whether to use stone or brick for the front.  Occasional meetings continued but it took until 3 March 1869 to reconsider the plans when it was decided to give up the idea of a stone front and a spire to reduce the cost by £400.  The trustees met again on 12 March after seeing the architect and agreed finally that the reduced tender of Messrs Hill and Keddall for the sum of £1,818 be accepted.  Another meeting, on 6 April, saw the committee filling up schedules, applying for grants, and trying, rather irritably, to ‘ascertain when the builder will be prepared for the laying of the foundation stone’.

There is a long gap in the minutes which resume on 10 November 1871 with a proposal that the centre and side seats be let at 1s 6d per sitting whilst the seats under the gallery be let at one shilling.  On 20 February 1874 it was reported that ‘when the promises were paid the Chapel would be out of debt’.  A balance in hand of £1 2s 11d was reported on 25 February of that same year.

The chapel was opened in 1869 and seated 620.  It measured approximately 64ft x 50ft with a vestry and a classroom adjoining the chapel.  Behind the new chapel was a Day School building dating from 1825.  The chapel was on the site of the previous timber chapel (or possibly chapels) built firstly in or about 1787.  The 1869 chapel was a typically solid, perhaps rather formidable but yet not unattractive Victorian Gothic nonconformist chapel, with a steeply-pitched roof and a small ‘south’ transept.  The gable end, which was a very important visual element as the chapel was on a corner site, had a large rose window lighting the back of the gallery.  It seems that the trustees had finally had to succumb to the financial problem; the chapel was constructed from brick and had neither tower nor spire.  There were, however, stone dressings, copings and string-courses.

With a steadily increasing congregation there was felt to be a need for an organ to replace the harmonium, and in 1879, following an obviously successful fund raising bazaar run especially for the purpose, one was duly installed by Thomas S. Jones of Islington for £165.

The author of these notes knew several people who worshipped at this chapel including his mother. One friend remembers the Primitive Methodist Chapel in nearby Linton Road as a “paint starved old building about as distinguished as a chicken’s run in a slum backyard”

Looking at the photographs of the exterior of the Wesleyan Chapel, the rose window faced south west and the sanctuary was at the north east end.  The larger of the doors was the main entrance and the smaller one lead to the stairs up to the gallery from where the photograph showing the choir was no doubt taken.

The building behind the chapel is the School building  opened in 1871 as a “fully equipped Day and Sunday School” but the tall chimney belongs to a nearby factory.  The main classroom in this building was described in the above mentioned notes as being “the church parlour” after the school was closed in 1902 for failing to meet the then current standards.

Numbers continued to grow dramatically.  By 1925 it was decided that larger premises were needed. A large Central Hall seating 1,200 was opened in 1928 on the opposite side of the road and, sadly, the rather fine old chapel was no more.  The main hall of the Central Hall was hit by a bomb during WWII but the congregation continued to meet in the remaining premises.  In due course, from 1949 to 1956 a new suite of buildings were erected.  With the exception of the worship area, now somewhat altered, most of these buildings have also been demolished.