In 1898 the Wesleyans acquired an old “five mile act chapel” from the Presbyterians for £10. A date plaque set into the gable of the present building reads 1702. We may assume that this came from the old chapel and records its date of construction. It soon became apparent that the building was neither suitable nor safe and it was resolved to rebuild. Joseph Harris esq of Calthwaite Hall provided a new, more convenient, and larger site in exchange for the old site and the new chapel costing £600 was opened on 12 October 1905 (DFCM3/1/72). It was still in use in May 2014.  It was in the Penrith Circuit

The photograph below was found when clearing the Langwathby manse for a new Minister in 2019 and added to this page by the editors. 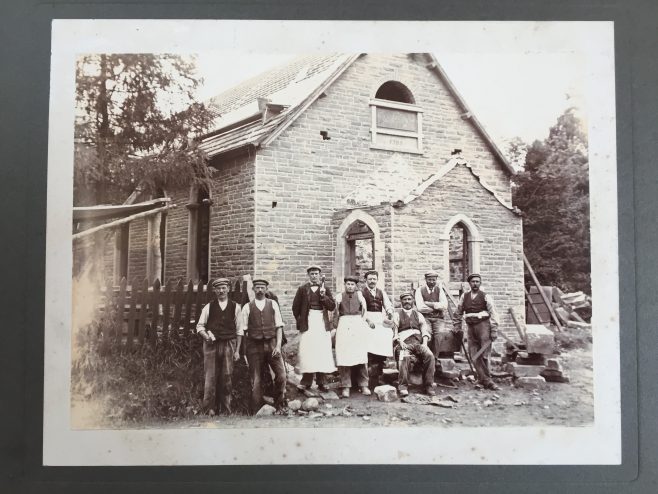 Plumpton Back Street Chapel, presumably in 1905 when it was rebuilt