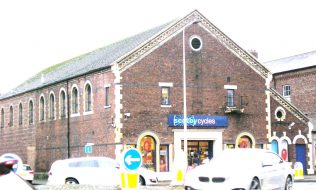 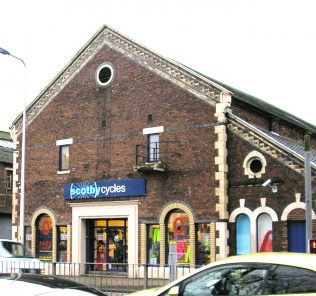 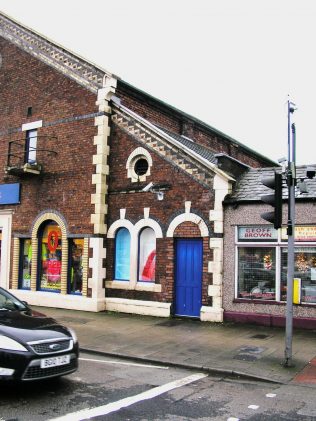 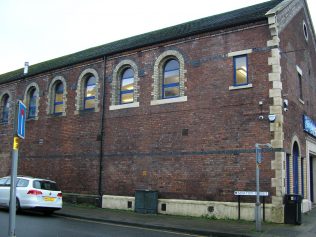 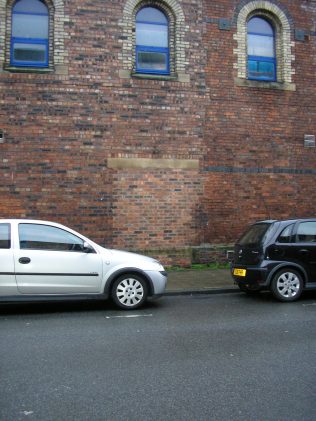 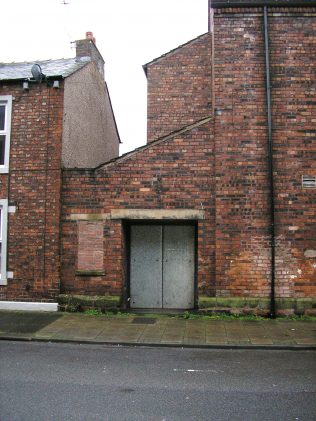 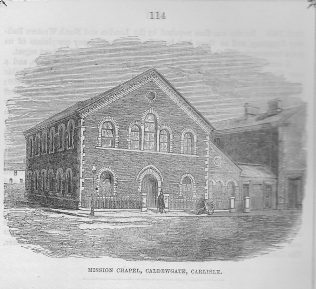 Caldewgate Chapel was built in 1865 at a cost of £951.11.0.The plans were approved by the local authority on 10 April 1865 and the architect was John Hodgson of Carlisle. The site was at the junction of Caldewgate and Morton Street. The chapel measured 37 feet by about 52 feet and was entered through a central door in the gable end facing Caldewgate.

Inside there were three blocks of pews separated by two aisles. At each side there were 16 pews 9 feet 3 inches long. There were 14 pews 12 feet 6 inches long in the central block. Above there was a gallery, probably U shaped which had three rows of pews at each side. The  sanctuary and pulpit were opposite the entrance flanked on each side by three rows of pews facing inwards, with boiler vault below. Along the western side was a lean to schoolroom measuring 8 feet 8 inches by about 28 feet with its own entrance from Caldewgate. It also had a rear door leading to a yard and thence to the coal store, ash pit, 2 WCs, stairs down to the boiler vault and the vestry which stood behind the schoolroom. The vestry also had a door into the chapel. The areas at the front were enclosed by walls with gates opposite the two entrances. In 1873 the seating capacity was 350.

In 1874 a schoolroom fronting onto Morton Street was added on land adjoining the back of the chapel. The plans by James Leslie of Carlisle were approved by the local authority on 23 April. The schoolroom was a single story structure with a gable end facing Morton Street. At each side of the main structure were high walls pierced by doorways. The one furthest from the chapel led to the “boy’s yard” where the urinal was situated. The other led to a porch, 14 feet by 5 feet, which led to the main schoolroom. Beyond were three classrooms, one for infants 14 feet by 9 feet and two 14 feet by 9 feet and a yard giving access to the boiler house and WC. The main schoolroom measure 35 feet by 46 feet and had a platform at one end.

On 18 March 1898 plans by Johnstone Bros of Carlisle for a organ and choir loft were approved. This work entailed opening a large arch in the wall behind the pulpit to give access to a space created by building over part of the classroom block of the schoolroom. The loft was accessed by steps from the gallery at both sides. A consequential change was the provision of a new staircase to the octagonal pulpit. When Wigton Road opened in 1929 the chapel was closed and the premises sold for £3,500. The new owners made major alterations to the school building by raising its external walls to the same height as the chapel and inserting matching windows on the Morton Street façade to create the single full height building which exists today.

Thanks to Philip Thornborow for the picture from 1865 report of the Wesleyan Chapel Committee. The building to the right of the engraving is the Temperance Hall

The eleventh annual report of the Wesleyan Chapel Committee, 1865 page 114