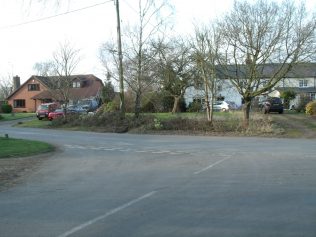 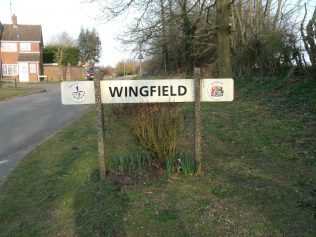 Wingfield is a small hamlet in the parish of Chalgrave.

A return made by James Whinnett, Local Preacher for Wingfield Wesleyan Methodist was made in the 1851 Ecclesiastical Census. This stated that the chapel had been erected in 1833 and had 55 Free sittings. The attendance on Census day at the single, evening service was 55 compared with an average for the preceding 12 months of 45. A house in the occupation of Abraham Day in Wingfield was Registered for worship on 14 May 1833 by Robert Peet of Bedford which may have been Wesleyan.

A new chapel was erected in 1854. This was a wooden construction with a corrugated iron roof. Inside was a draught screen. In 1872 a shutter was funded as noted by The Leighton Buzzard Observer and Linslade Gazette of 29 October 1872 from the proceeds of a public tea meeting after which ‘a select choir sung several choice pieces of music in good style.’ The tea was provided by Mrs David Dollemore whose family are thought to have donated the land for the chapel.

The Returns of accommodation in Wesleyan Methodist Chapels 1873 states that Wingfield had 45 sittings.

When numbers dwindled, the Wesleyan Chapel in Wingfield closed in 1937. During World War 2, the former chapel was requisitioned by Luton Rural District Council for army stores.