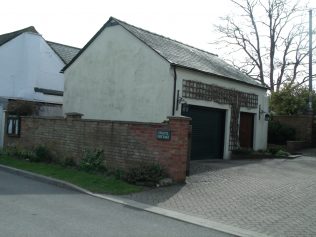 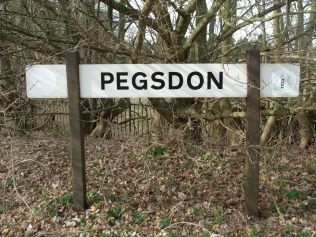 Described in Kelly’s Directory 1898 as ‘very picturesquely seated’, Pegsdon is a hamlet in the Bedfordshire parish of Shillington on the border with Hertfordshire.

The Ecclesiastical Census of 30 March 1851 includes a return for Pegsdon Wesleyan Methodist chapel. The return states that the building was erected in 1842, although an article discussing the history of Shillington in the Bedfordshire Times and Independent on 8 December 1905 says that ‘The Wesleyans appear to have held their earliest services in the parish at Pegsdon where they still have a neat little chapel bearing the date of 1841. There is still living at Shillington a venerable local preacher who remembers the early preaching at Pegsdon and the commencement of the services in Shillington village.’ The 1851 census return made by George Godfrey, Steward states there were 50 Free sittings and 50 Other. Attendances were reported as:

Registration for worship in Pegsden WM was made by John Crofts on 18/23 September 1846. It was then re-registered by Wright Shovelton, Chapel St. Luton, superintendent minister on 9 February 1854.

Originally part of the Luton WM Circuit, in 1864, Pegsdon became part of the Hitchin Circuit. The 1873 Returns of accommodation in Wesleyan Methodist Chapels records Pegsdon as having 66 Sittings.

Pegsdon chapel closed and the registration was cancelled on 21 June 1977. The former chapel now being the garage of a house.