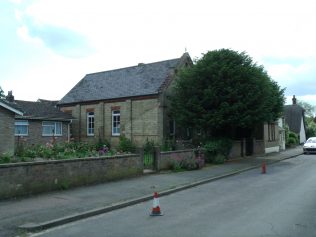 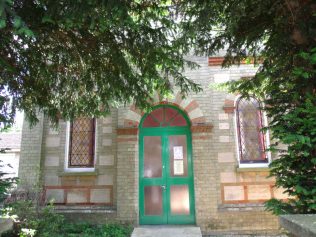 Northill is a large parish consisting of several hamlets. Registration was made for Wesleyan worship by Thomas Wood of Biggleswade, Wesleyan Minister on 12 July 1855. Services took place in member’s homes.

A stone-laying ceremony for a new Chapel in Sand Lane was held in November 1902 when ‘300 friends of the cause assembled for the occasion’. The plans for the chapel had been drawn by Mr T Cockril AMICE of Biggleswade and the building contractor was Mr Charles Wright of Langford. The estimated costs were reported at £359 which included furnishings. Mr James Matthews of Caldecote is attributed as being ‘a prime mover‘ behind the building of this chapel. Building work was not without its problems when on 9 November 1902 fire broke out on the building site.

However, progress after that incident meant that the opening of Northill Chapel took place in January 1903. The opening ceremony was performed by the Superintendent of the Biggleswade Circuit, Rev H F Kelvey and the service was then led by Rev J H Hopkins of the South London Mission. As part of the opening arrangements, Mr N Bunt of the Gospel Car Mission led a 10 day mission.

In 1965, Northill Chapel closed and was sold in 1967 to the Anglican church for use as a Parish hall. The proximity of a larger Methodist chapel in the hamlet of Upper Caldecote was cited as one of the reasons for closure.