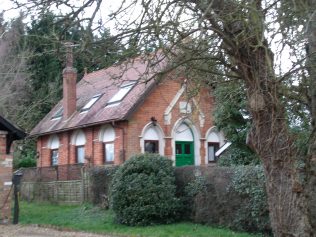 Knotting is a small village in north Bedfordshire situated on the east side of the A6.

Situated in the hamlet of Knotting Green, the newly built Wesleyan Methodist chapel was registered for worship on 13 April 1889 by Arthur James Pickworth of Higham Ferrers (Northants), Wesleyan minister. Prior to the building of the chapel the Rushden Research Group website notes in its that services were held in private homes.

The chapel at Knotting maintained a range of activities. For example the Bedfordshire Times & Independent of 20 January 1899 reported that ‘a happy gathering of parents, teachers and children’ held a New Year Social at which ‘The tea was well attended and in the meeting afterwards some of the scholars gave recitations’.