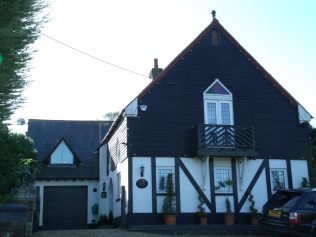 Chalton is a small Bedfordshire village situated by the M1 motorway north of Luton.

The 1851 Religious Census includes a return for Chalton Wesleyan Methodist Chapel made by Richard Medcroft, Steward. This states that ‘the present chapel was erected in 1836, but there has been religious services held in a house since the year 1800’. The return has 70 Free Sittings, 50 Other and space for 40 people standing. Attendances at worship on Census day were:

The first registration for Chalton WM was made by Matthew Trevan Male of Dunstable, Superintendent Minister on 9 February 1854.

The Luton Times & Advertiser on 15 February 1904 noted that the ‘first of a series of teas and entertainments’ had taken place the previous Tuesday ‘with the object of raising funds to alter and improve the Wesleyan Chapel’. However, in 1907 a new chapel was built in an imposing position on the outskirts of Chalton at the foot of Carter’s hill.

With a declining membership and finance issues, Chalton Chapel closed in 1981.