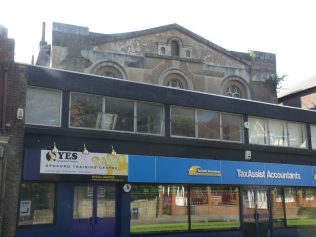 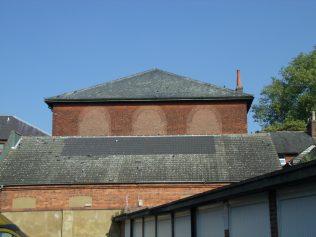 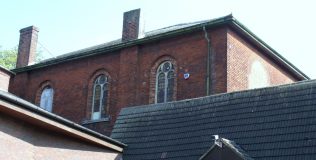 The Chapel was registered for Marriages on 23 October 1879. On 26 October 1887 a Sunday School room was opened.

In 1954 the Bedford North Methodist Circuit decided to close and sell Bromham Road MC and to use the proceeds to build a new church in the new development of Putnoe. With this decision came a mixture of responses. A letter from “A Fellow Christian” published in Bedfordshire Times & Independent 17 September 1954 recorded the correspondent’s memories of growing up in Bromham Road. The corrsespondent remembered in particular; Mr Tomlin, Mr & Mrs Markham and family ‘and the saintly Miss Gosling’.

A letter was published in the Bedfordshire Times and Independent 24 September 1954 from a correspondent named “Tedimus” under the title, ‘A Disappointed Churchgoer’. This letter referred to the impending closure of 3 Methodist Churches in Bedford but stated that the correspondent had attended a Church of England ‘family service’ in which the person found the hymns dreary and the sermon ‘boring and depressing’. A response by Rev Raymond B Wright was published in the edition of 1 October 1954 under the title, ‘Why Some Methodist Churches Are Being Closed’. Rev Wright stated ‘Bromham Road Methodist Church will close because being one of four Methodist Churches within the space of half a mile it can best be spared to give effect to a building scheme’ He went on to point out that the closure was ‘not because its members are too few to maintain it, nor because of financial difficulty and least of all because as “Tedimus” seems to imply, its services are dreary.’ He further state that the Methodist Church ‘might easily have maintained Bromham Road, and probably St Mary’s [Methodist Church] if that had been decided upon, but wise planning has prevailed over our member’s attachment to these old central churches.

Bromham Road Chapel closed in September 1955 and the Registrations were cancelled on 5 October 1955. The property was sold to Allied Factors and used as a warehouse and subsequently for various other commercial enterprises.

The Churches of Bedford Volume 1